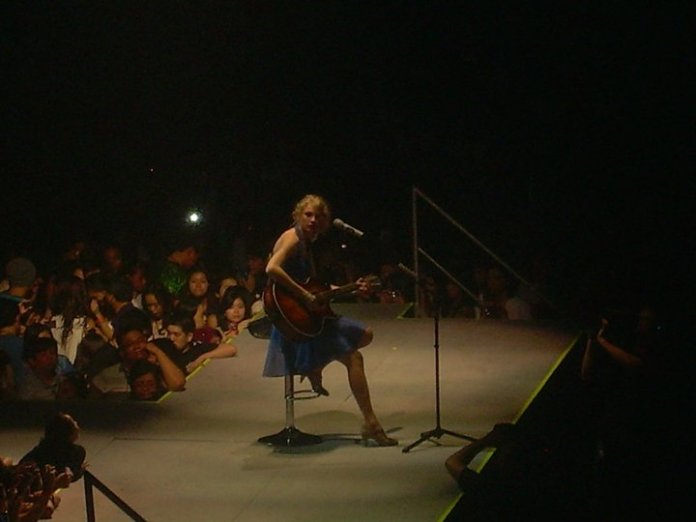 Taylor and one of her guitars

It all started last November ’10 while I was in Apulit Island Resort, Palawan when I called Ticketnet to reserve some tickets.  Because of my excitement, I called on the very first day tickets were sold to the public (there were two or three days of pre-selling for fan club members and whatnot) even though I was in the middle of the ocean quite literally — I was inside our water cottage!  Heehee.  Anyway, I was so ready to utter “Four Lower Box tickets, please!” to the operator but then that thought instantly faded when she told me that they’re ALL GONE!  — GONE!  AS IN GONE WITH THE WIND or GONEdammit! (Okay, that was corny.  Let’s move on.)  Sooo, I had no choice but settle for what’s next and just like that, four Upper Box A tickets were sold!  Booo ~

On second thought, last Saturday, those Upper Box A tickets redeemed themselves and showed me that we’re still lucky for scoring them! 😉  As for the concert itself, I have a lot of amazing, awesome, and other sublime words to describe it but mostly all I can say is “ANG GANDA!” for the past two days!

with my friend Ria (forgive my haggardness! haha!)

I went with my sister Patty and her husband (my brother-in-law) Mon and my friend Ria.  As mentioned, we were seated at Upper Box A and from our vantage point, we realized that the word “sold-out” is such an understatement (not to mention those who availed of SRO tickets!  Haha!)  Take a look below:

To make the long story short, local celebrity Sam Concepcion started his front act performance on the dot and when he finished, it took about almost an hour before the star of the show showed herself.  You already know what happened next (Speak Now album, anyone?) 😉  Still, I have to say that even though  T. Swift’s concert lasted for only an hour and a half, it’s already the “Best Concert” in my list (next is David Cook’s back in May ’09).  She’s such a total performer and even the background effects were so charming!  Plus, nothing compares to the finale when she sang my favorite (hint: it’s related to the classic tragedy of William Shakespeare!  Haha! ;))

And that was of course my “cake!”  Just for sharing purposes, the “icing” on top of it was when we ate at Pizza Hut Bistro, Gateway around 11pm, went home, and on Sunday night, I realized that our digital camera was out of sight!  You guessed it right: I left it at Pizza Hut Bistro right after the concert and I can’t thank their staff enough for keeping it and my TS pictures safe and sound!  I already claimed it today (which meant going back all the waaay there, from Makati-EDSA-you get the picture!)  Whew.  So you see, such a  “Swift experience,” right? 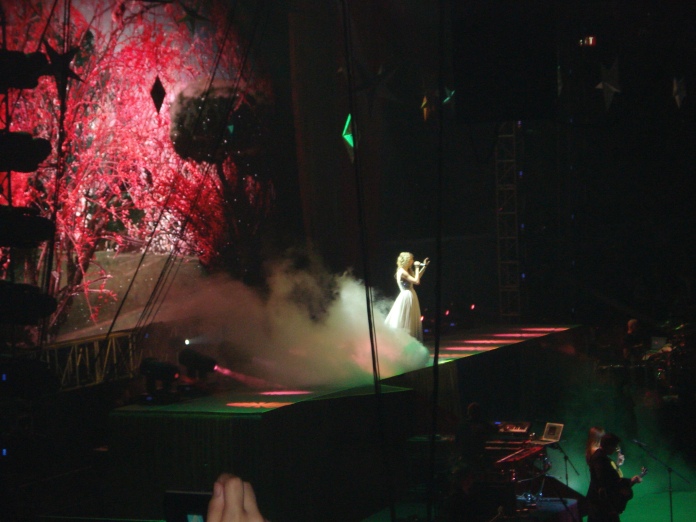 that’s how Taylor Swift does it!

One thought on “The Swift Experience”