EUROPE.  Who doesn’t dream of traveling there? @_@  In fact, there was even a time (during one of those end-of-the-world false alarms) when I was able to tell somebody, “Hindi pwedeng mag-end of the world!  Hindi pa’ko nakakapuntang Europe!”  So random, I know.  But that’s how I felt and still feels about Europe.

Honestly, I want to go to only two European countries: ITALY and of course — being your resident Anglophile and all that — THE UNITED KINGDOM. 😉  If I’m able to go to the rest, I won’t complain!  But I’ll just consider those as my “bonus.”  For me, Italy and the U.K. are my “all or nothing” when it comes to traveling to the EU (yep, even the Eiffel Tower takes only third place!).  But, and a BIG BUT at that, I told my sister that if we’re going to those aforementioned countries, we have to go to Florence, Milan, Pisa, Verona, Venice, and Rome ; England, Ireland, Scotland, and Wales.  Uh-huh, syempre the whole Italian and English package dapat noh!!! 😛

But enough about my European dreams first.  I think it’s about time I finally introduce to you this month’s very special featured traveler.  Why muy especial?  Well for starters, she’s a Creative Writing graduate at the Ateneo de Manila University and the current (female) lead singer of The Executives Band.  She’s also passionate about blogging, photography, and of course, traveling (she’s been to four continents; 21 countries and still counting*).  And most of all, I’ve had the privilege of meeting her in person (thanks to my cousin) and actually convincing her to agree to do THIS…

So without further ado, my dear readers, I’m talking about the very kind and gorgeous Ms. Cara Manglapus. 😀 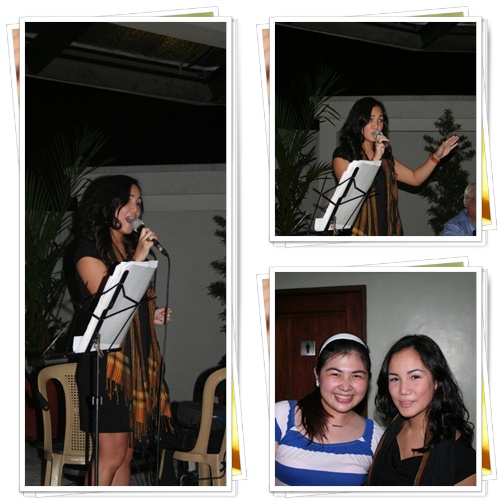 So let’s start, shall we?

One of the first things I ask my featured travelers is about the first time they were “bitten” by the so-called travel bug.  So when I asked Cara when her love for traveling started, she shared,

“The first time I was on a plane, I was two months old.  I was born in New York and traveled back and forth to Manila as early as then.  When we moved to the Philippines, my parents made sure to expose my younger brother and I to the beauty of our own backyard, so we would spend Christmas vacations in local tourist destinations (Palawan, Davao, Cebu, Bohol, Boracay, Baguio, etc.) and summer vacations in the US (New York, California, and Florida).

“Lucky that my first job when I graduated from college involved a lot of travel.  I was relocated to a different country every four months.  Aside from the US and the Philippines, I’ve lived in Hong Kong, the Czech Republic, Brazil, Taiwan, and Sweden.  From these ‘bases’ where I was working, I’d travel to neighboring countries and cities on the weekends.

“There’s something very magical about how you seem to just connect with certain cities, and you can’t explain why.  Two things I consider when I’m in a new place are: how is the food and would I want to live here?

“Strangely enough, I love long-haul flights.  Most people hate airplanes, but my head feels the most clear when I’m up in the air.  For that certain number of hours, you are untouchable, unreachable by anybody.  It’s just you and the book you brought or the in-flight entertainment.

“Most people count the number of countries they’ve been to, but that is actually an irrelevant number.  I count cities.  Why?  Think of it this way, if a foreigner comes to Manila, has he really seen the Philippines?  Each region has a different experience to offer, different culture, different food, different landscapes, different dialects, different people even.  The same goes for other countries.  Especially big ones like the United States and Brazil, each city has a polar opposite within the same country.”

Europe As Cara Knows It

“My first taste of Europe was a family vacation to Italy when I was 14 years old.  My parents rented a car and we drove all throughout the country in three weeks, passing through quaint little towns, making a sort of religious pilgrimage, and visiting the known tourist destinations.  Some notable places and things we saw that most tourists don’t look for: the fully preserved head of St. Catherine of Sienna, the ‘host turned to flesh’ in Lanciano, the ancient city of Pompeii preserved in volcanic ash after the eruption of Mt. Vesuvius in 79 A.D., the chapel of the Cappuchin Monks in Rome made entirely out of bones, the tombs of Michelangelo, Galileo, and Da Vinci in Santa Croce, the wood from the table of the Last Supper in St. John Lateran Basilica, the home of Dante, the tomb of Padre Pio.  To this day, Rome is my favorite city. 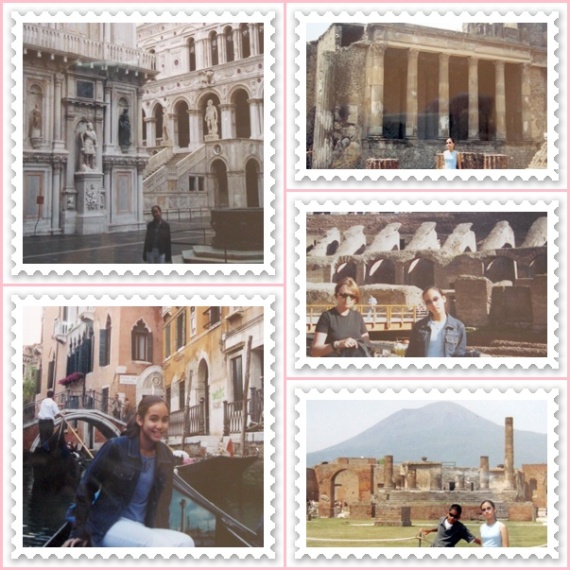 “There was a time I was living in Prague in the Czech Republic for work.  I was living alone and traveled with colleagues on the weekends.  My trips to Vienna, Berlin, Dusseldorf, London, Paris, and Barcelona all happened weekend after weekend in early 2010.  Some of my fondest memories were made with some of my favorite people, friendships formed by our common love for travel.  In early 2011, I was living in Stockholm, and from there I visited Denmark (and the very cool Freetown Christiania), and the Baltic states of Europe: Latvia and Estonia.  Estonia was one of my favorite destinations [check out Cara‘s blog post about it here].

“My last two Easter holidays before this one were both spent in London (2010 and 2011).  If you know the right people, it’s a great place to visit and stay for an extended time.  I absolutely love the east side, very vintage chic. 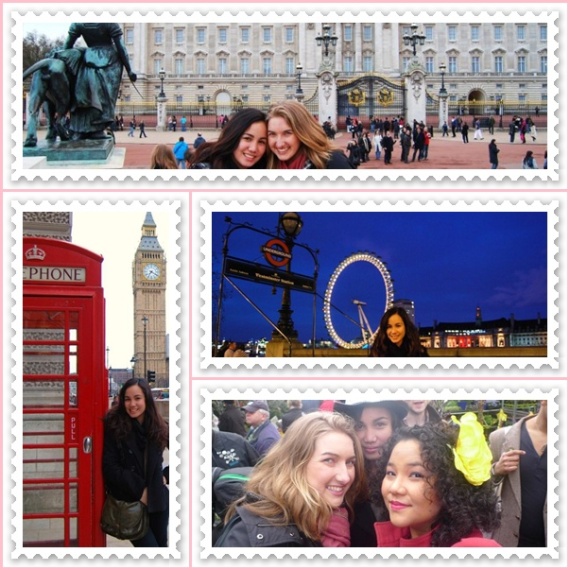 “Every city I’ve been to has made its mark on me, I carry a little bit of every place with me everyday.  I’ve got stories to tell from all over that wouldn’t fit on a blog, really.  Pictures will just have to suffice, but even pictures don’t do these places justice.” 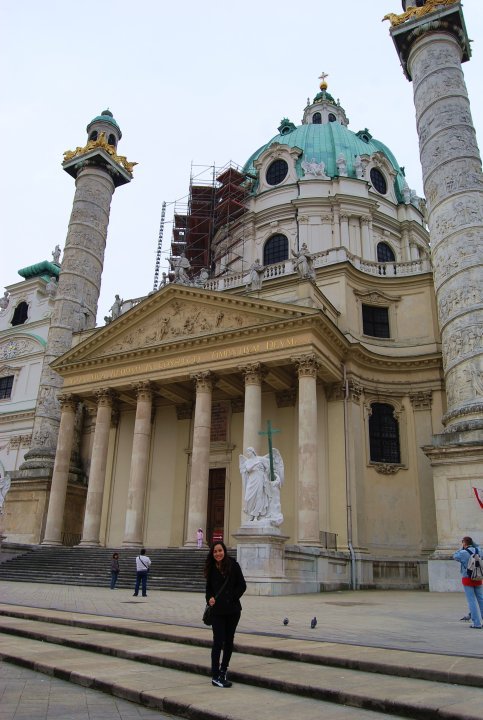 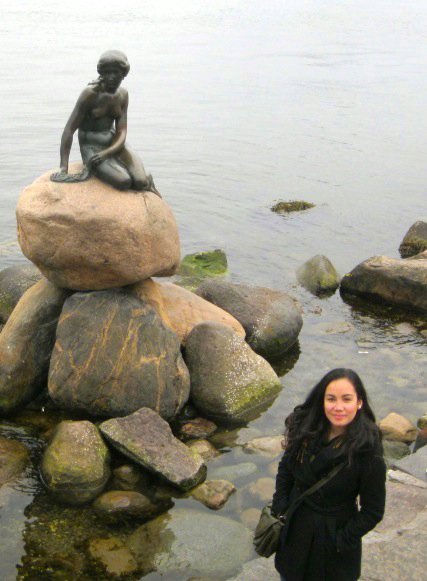 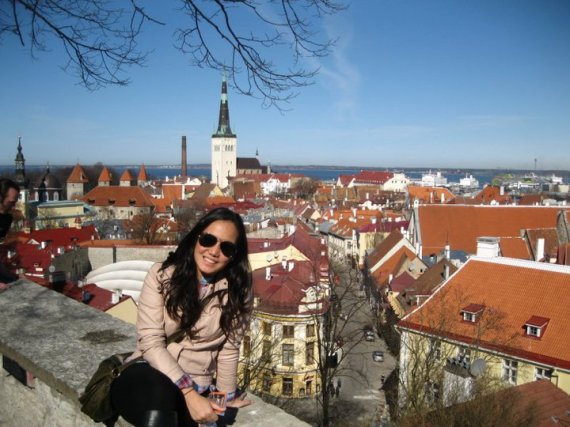 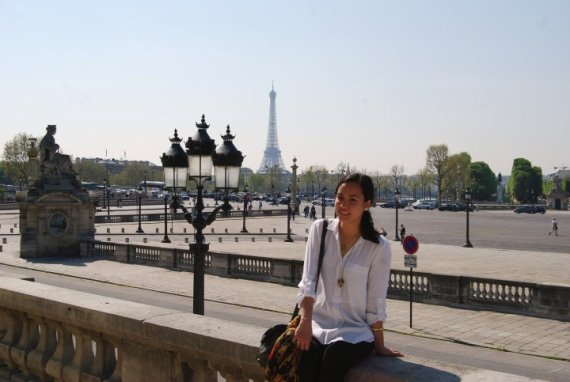 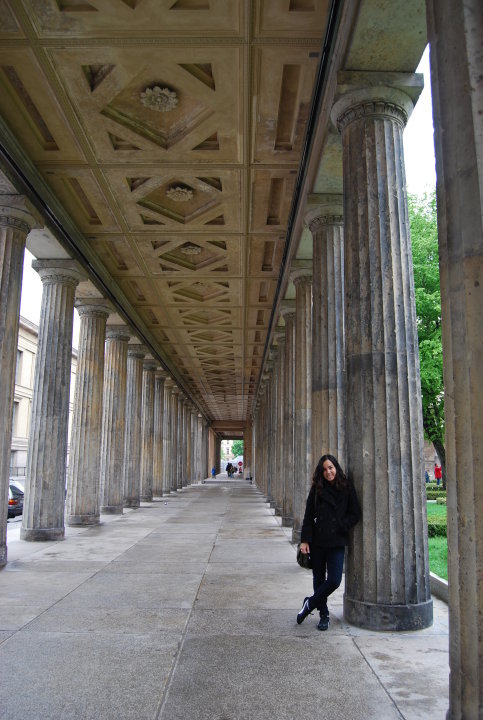 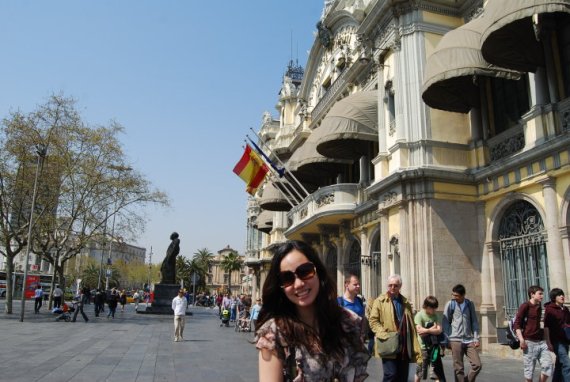 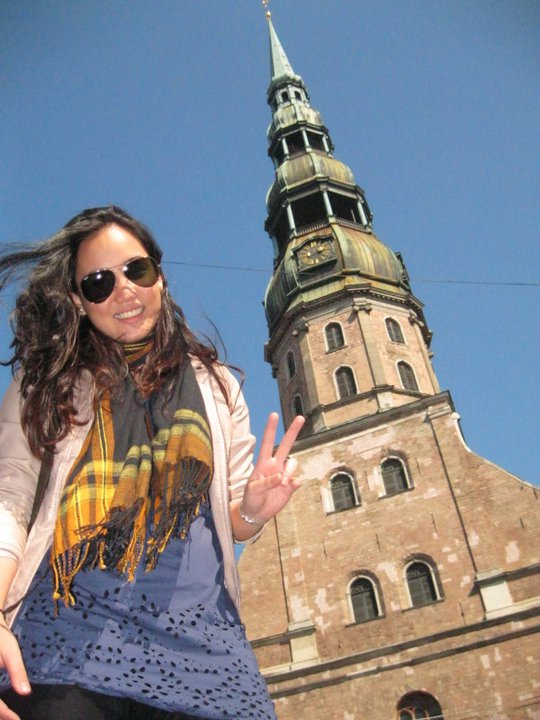 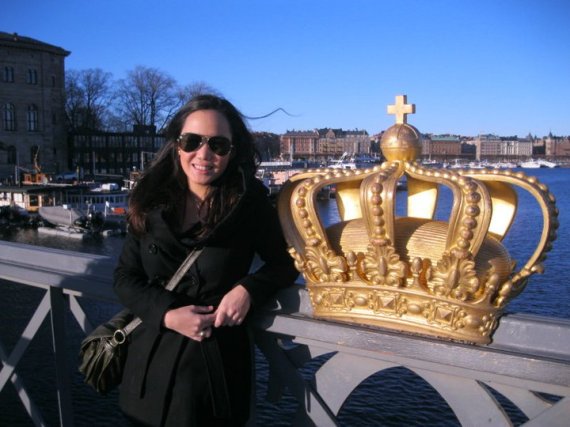 Based on what you just saw, it’s obvious how much Cara loves traveling.  She admitted, “I love to travel because it reminds me that we live in a global community and that there is so much more to see and learn.  Learning is the best part about traveling.  Learning and eating.”

Having said that, here are some of her travel tips:

Let a local be your guide.  “Don’t get too caught up in packing in all the tourist sites, what’s more important is experiencing what it’s like to live there.  If you can’t see all the museums, so what?  You can get all that information on the Internet.  Go out on the street, meet new people, eat local food, walk into random art galleries, shop at the vintage markets, learn history by having conversations with anyone that will talk to you.  Sit down, have a cup of coffee and a piece of cake.  Pretend for a day that you are living there.  Trust me, you won’t regret it.”

Another interesting place to visit in every new country is the supermarket.  “You’ll be surprised what goods are in store and how much you’ll learn from something so simple.  For example, one time I was looking for peanut butter in the supermarket in Prague, and found it in the ‘exotic foods’ section — something so normal for me to eat, but so strange for the Czechs.”

Be smart.  “They say some places are more dangerous than others, but the truth is, EVERYWHERE is dangerous.  Even your hometown is dangerous.  You just need to be aware of your surroundings, be with a friend, call or text someone so they are constantly updated by your whereabouts.  Don’t be afraid, but trust your instincts.  If you’re feeling uncomfortable, listen to your own body.  Don’t be paranoid, but be smart.”

Don’t be afraid to ask.  “Most often than not, locals are more than willing to give you tips and advice, to tell you where to go and how to get there.  Why?  Because they want you to love their country as much as they do.  They want you to have a great time, so you’ll tell your friends about how awesome their country is.  No one knows their own turf better than them, so don’t rely on Google or Trip Advisor — ask!”

*All in all, Cara has been to the following places:

But aside from Europe, she has also been to…

Asia: all over the Philippines (as in all over, no exaggeration!), Thailand (Bangkok and Krabi), Cambodia (Siem Reap), Taiwan (Taipei, Tainan, and Kaoshiung), Japan (Tokyo), Singapore, and Hong Kong

Yep!  Cara surely takes the word “wanderlust” seriously if I may say.  In fact, the next big trips she’s planning and praying about include Turkey, Peru, and Egypt.  But even before those, she already has upcoming regional trips to Malaysia, Vietnam, and China (Beijing and Shanghai).

So if you want to know more about her adventures and travels, I highly suggest you visit her blog.  Trust me, it’s one of the best out there!  (I, personally, am a fan!  Heehee.)  So don’t hesitate and click HERE — now!!!

And there you have it!  Once again, I’d like to take this opportunity to say THANK YOU to Ms. Cara Manglapus for giving me some of her precious time and sharing with us her travels, especially in Europe! 🙂

And of course, see you again on the 12th of May to meet my next featured traveler(s) and read all about our “home” continent: ASIA!!!

7 thoughts on “Traveler of The Month: Europe As Cara Knows It”