It’s that time of the month again!  Well, at least for The Lady’s Blog, it’s that time to give in to each and every one’s wanderlust! ♥

And since May’s featured continent is ASIA, I decided to divide it into TWO PARTS.  That’s right!  Two featured travelers, and two selected Asian regions for two days in May!!!

Okay, enough rambling.  Time to meet this month’s featured traveler who will share with us her adventures in Southeast Asia…

“Traveling is learning.  With every country I visit, I’d like to think I gain new knowledge.”  That’s what TRAVELING means for one of my college friends and former colleague, Joanna. 🙂 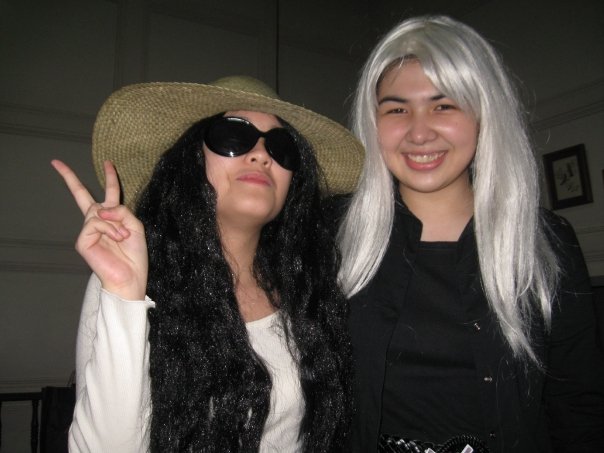 The first time Joanna traveled abroad was in 1996 when she was still just eight years old.  She shared, “I vaguely remember what happened on that trip, only that I was so excited to go to Toys “R” Us, visit Ocean Park, and be far from where I lived.  It took almost 15 years for my next trip to happen — an experience that brought upon me the desire of traveling.”

So far, she has been to five countries (excluding the Philippines): Hong Kong, Vietnam, Cambodia, Thailand, and Singapore.  Southeast Asia at its best, eh?  Well, now you know why she’s my first Traveler of The Month for May! 😉

When Joanna traveled to Vietnam, Cambodia, and Thailand — “routes which, mostly, backpackers call the ‘Banana Pancake Trail,'” she was with her friends.  She said, “we were on a tight budget, so traveling with them wasn’t hard.

“We roamed the streets of Ho Chi Minh on our first day, were amazed by Siem Reap’s most treasured temple on our third day, and got lost in Bangkok on our fourth day.  We took the bus from one destination to the other.”

“Motorbikes are very popular in Saigon – a means of daily transportation for the locals.”

However, when I asked her about those that have left a big impact on her, she answered, “Angkor Wat had the biggest impact on me.  It thrills me still remembering the time we were entering the gates.

“The food prices were also overwhelming.  When I was there, I couldn’t believe how cheap and good the food was especially in Vietnam and Cambodia.

“The bus rides from Ho Chi Minh to Siem Reap, and from Siem Reap to Bangkok were long yet memorable.  I tried not to sleep, so I wouldn’t miss out on the sights.”

Having said that, Joanna has this advice for those planning to have their own Southeast Asian Experience: “Don’t take the taxi.  As much as possible, WALK.  This way, you get to have a feel of the place and know it better.  Plus, you get to save.”

“The night we got lost.” (in Thailand)

“We finally got to where we stayed, and met up with our friend Biboy.” (The Lady’s note: Biboy was then studying at Le Cordon Bleu Dusit. Click the image to visit his blog.)

Moreover, she said that when traveling in general, one should “research and learn to live without luxury (especially for those traveling on a budget).”  Couldn’t agree more!

As for her dream destination, Joanna plans to travel East — Japan!  “The people and the culture fascinate me.  Japan is breathtaking in photographs and movies.  I can just imagine how it is in real life.”

Perfect choice.  Why?  Because at the end of May, I’ll finally reveal to you Part 2 of this month’s travel feature!  A new featured traveler AND new Asian destinations!  But for the most part, it’ll be all about — you guessed it right — EAST ASIA!  So see you again on May 31st, alright?!