Time to share with you Part 2 of this month’s travel feature!  And I’m glad to say that my chosen traveler is one of my closest college friends and fellow blogger, Carol. 😀 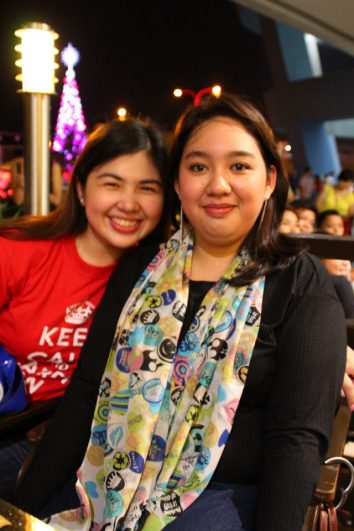 Carol has been to 13 countries (excluding the Philippines): China (Hong Kong, Macau, and mainland), the USA, Mexico, Thailand, Switzerland, France, Italy, Singapore, South Korea, Malaysia (Kota Kinabalu), Brunei, Vietnam, and Japan.  And when asked what’s TRAVELING for her and how it affects her, she said, “Traveling’s a good way to waste money.  Instead of spending so much on clothes, shoes, bags, electronics, and other things, I realized that going to places and exploring new things are better ways to exploit my savings.  In this way, I invest on experience and memories.

“Traveling has affected me in many ways such as learning different cultures, tasting new kinds of food, understanding different languages, and many more.  Furthermore, traveling is a way to renew bonds with my co-travelers — family or friends.  It made me and my family grow closer and it made my friendships deeper.”

Having said that, she has these TRAVEL TIPS for all of you:

Make a checklist.  “Make sure to pack everything you need.  Also, pack light.  Make a checklist of all the things you need, so you won’t forget anything.  Don’t over pack because it is downright impractical.  Always save some extra luggage space for shopping just in case.”

Learn how to decipher a map.  “Trusting your gut feeling alone is not really advisable when traveling because getting lost is a terrible waste of time.  Learn how to read maps.  This also includes the maps of metro/subway/bus stops.  In this way, you’ll know where to go.”

Always have a back-up plan.  “Make sure to have Plan B in case Plan A doesn’t work.  For example, what will you do if you’re left by the train or when the weather isn’t cooperative?”

Check (electrical) sockets.  “I always bring a universal adapter whenever I travel just in case my hotel room only has local sockets.  Sometimes, the hotel lends adapters or sells them (for double the price).  So for practicality, I prefer to bring my own adapter just in case I need it for charging my electronic devices.”

Eat like locals.  “Be adventurous in trying their food.  Choose a restaurant where the locals eat because it’s a sign that the place has authentic cuisine.”

Seize the moment.  “There will always be instances that your plan won’t work out.  Nevertheless, don’t cry on spilled milk and enjoy the moment.”

Carpe momentum, indeed!  But can you believe that the travel bug has only bitten Carol around February 2011 when her family booked a trip to Shanghai, China?  She admitted, “Prior to that, the last travel I went to was in Europe back in 2007.  Traveling again after more than four years of hiatus made me realize that I was missing a lot.  After that I decided to travel with family and friends when I have the time.”

As a law student, Carol sure knows how to make the most of her breaks.  How?  By traveling, of course!  And today, we’re privileged to “travel” to the best of East Asia — China, Japan, and Korea — through her experience. 🙂

Carol was with her family the first time she went to Shanghai.  “It was my first time to go to East Asia.  I was just along for the ride because it was my mom’s dream travel destination.  The weather was cold and perfect since we went there in mid-February 2011.” 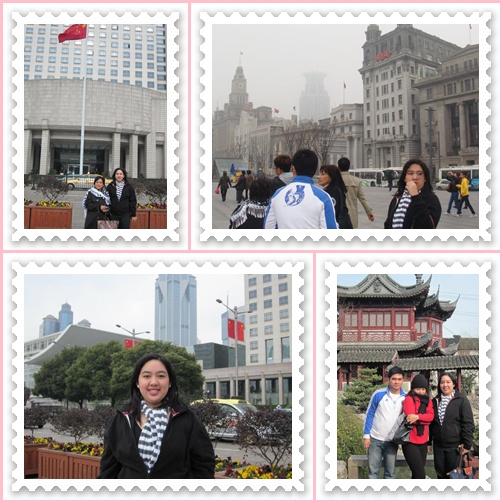 And then just last month, she went to Guangzhou with other college friends.  “It was an unplanned trip to China over lunch.  Our stay there was almost a week, so we decided to maximize our tour by also going to Shenzhen and Hong Kong.  In truth, there was nothing spectacular in Guangzhou but my friends made it a super special vacation.” 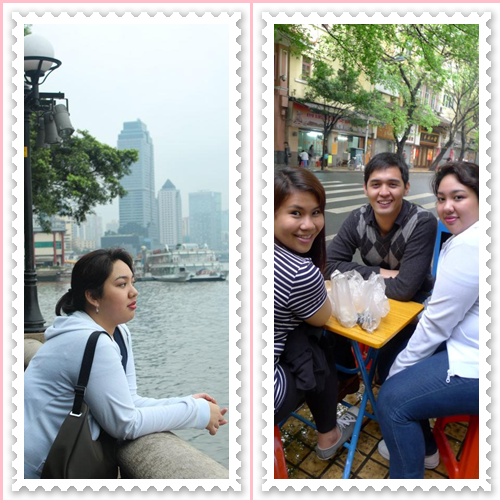 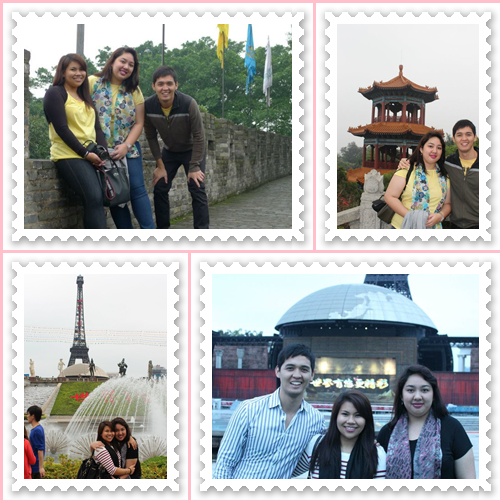 More thoughts on China: “I’d say that each city has its own beauty.  You can never have too much travel in China since every place is different and nothing like the other.  As for the food, everything’s sumptuous.  It’s really a paradise for foodies, especially dim sum lovers like me.  One notable thing about authentic Chinese cuisine is that it doesn’t taste of MSG — what Filipinos usually assume.

“The most unforgettable place I’ve been to was the Fanyu Lotus Hill.  The view was an amazing reflection of mainland China.”

The most recent trip Carol has been to was in Osaka.  She and her family toured the major cities in the Kansai region.  She shared, “I went to the major cities in the Kansai region namely Osaka, Kyoto, Nara, and Kobe.  All of these cities are connected by train, so it’s easy to take a day tour for each.  In my travel, I was surprised to know that all the Japanese know how to speak English.  I never felt the language barrier dilemma.  I was truly amazed that every person we talked to knew how to speak English.

“Another thing that I have to praise the Japanese for is that they are truly nice persons.  I’ve never met one rude local in my stay there.  In fact, everyone was truly courteous and helpful. 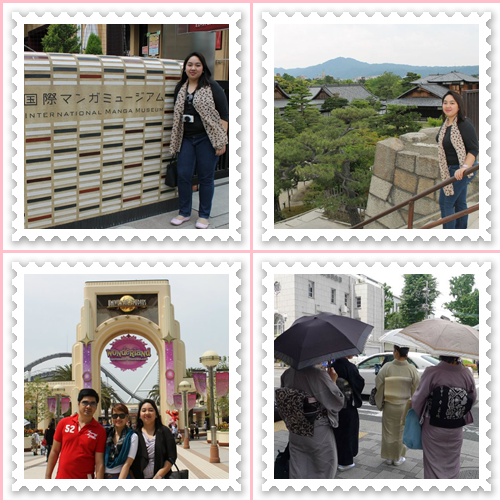 “As for the food, takoyaki is a popular food in Osaka, so it’s a must-try. 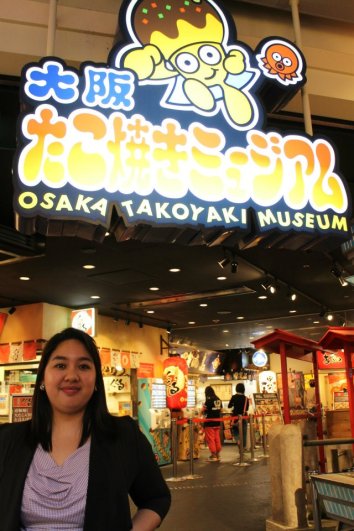 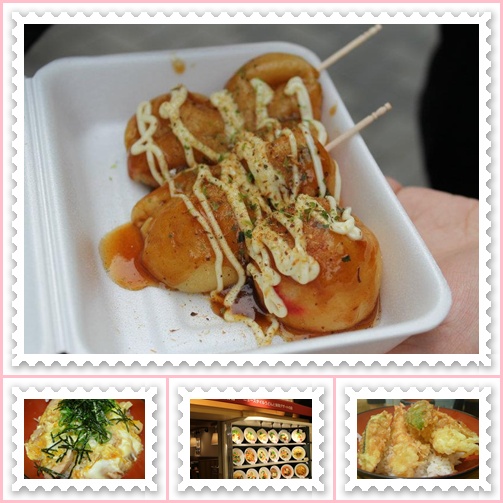 “The most unforgettable experience I had in Japan was going to Nara.  The place has the traditional ‘Japan feel’ much like Kyoto.  It has a lot of temples as well.  What’s very interesting though is that there were a lot of deer roaming around the area.  You can take pictures and feed them…  and it was so much fun.” 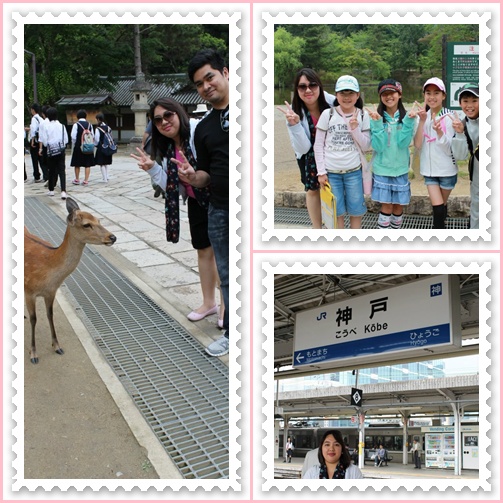 In October 2011, Carol also went to Seoul with her family.  “This time, it was my dream travel destination.  I guess the emergence of Korean media influenced me to go there.  I could say my family really did enjoy going to Seoul since we always talk about how we had a good time there. 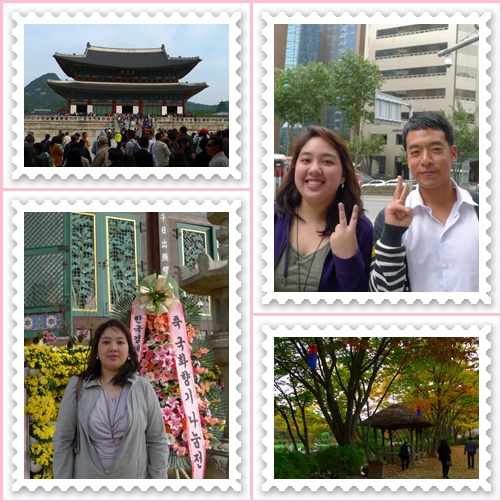 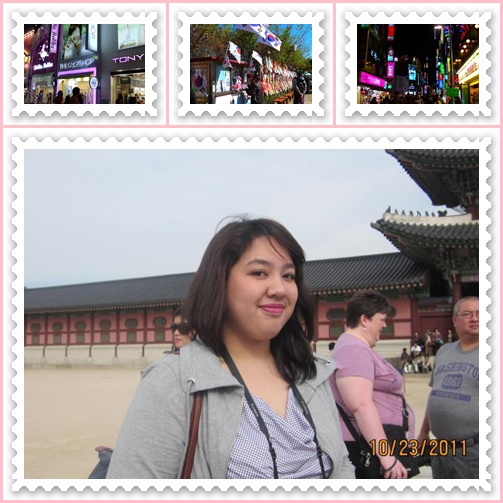 “Also, it was a culinary adventure for me when I went there.  I came to have much liking for Korean cuisine.  I especially love the fact that their food always has vegetables.  It’s healthy and delicious.

“The most unforgettable experience I had was the DMZ tour.  Being a foreign affairs student, I was really ecstatic to be in the 38th parallel.  They have a viewing deck wherein you can see a North Korean village nearby.  They even sell North Korean-made products at the souvenir shop.  Too bad they only allowed taking pictures in selected areas.” 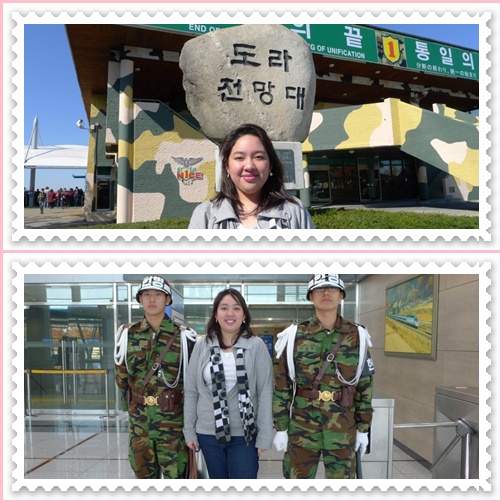 Okay, I know that Kota Kinabalu is in SOUTHEAST ASIA…  but because one reader asked for it and Carol has been there already, might as well include it here too! 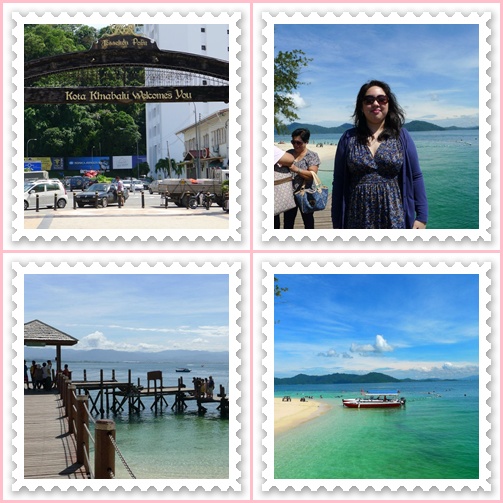 Having said that, Carol went to Kota Kinabalu last December 2011 with her mom, cousin, and aunt.  “Our trip was laid back.  The scenery was much like the Philippines but somehow, everything was a bit cheaper.  Worth mentioning are the white islands of Manukan and Mamuntik.  Chicken Rice is a very popular food there.  English is also widely spoken and people are very friendly.”  And to know more about Carol‘s trip to Kota Kinabalu, I suggest you visit her blog HERE and HERE. 🙂

Bring a calculator.  “Japan and Korea have inflated currency rates, so it’s quite difficult to manage their money.  As for China, every city has a different price for goods and commodities.  For example, a commodity in Shanghai is more expensive than in Guangzhou.  Bringing a calculator can help you convert your money easily and compare prices from one city to another.”

Mind the weather.  “East Asian countries have four seasons, so it’s essential to research first the estimated weather condition before going there.  In this way, you know what type of clothing to bring.“

Try to understand the language barrier.  “Not all East Asians can speak English, so study and arm yourself with a few local vocabularies such as customary greetings and ways to count numbers, ask for directions, buy food, and many more.”

Take note of cultural differences.  “Some people tend to mix Chinese, Japanese, and Korean cultures altogether.  This is rude for them, so take note of the differences of these three nations.  Each of them takes pride in their own heritage, so better not think that they’re all the same.”

If you think that Carol‘s travels end here, well think again!  When I asked her about her dream destinations, she answered, “For the short list, I want to travel more around Southeast Asia and visit cities like Phnom Penh, Penang, Chang Mai, Phuket, Hanoi, and Jakarta.  Most of these cities don’t have direct flights from Manila, so going there will really be an experience for me.  They’re not the typical Southeast Asian destinations for Filipino travelers, so they’re must-sees for me.

“For the cities I’ve been to, I want to go back to New York and Geneva.  I remember New York as a big city full of lights with a lot of people walking.  Going there is so much fun because it’s a melting pot of different cultures.  I enjoyed the crazy energetic way of life there.  In fact, this is the only city I would agree to live in on my own.  On the contrary, Geneva is a city with a peaceful ambiance.  The place is very clean and safe compared to other European cities.  I love to go back there because of its laid back atmosphere and its European feel without the tourist destination frenzy.

“For my future-future dream destinations, I want to go to the Hague, Madrid, St. Petersburg, Cape Town, Florida, Cancun, Dubai, and Havana.  I’m somehow curious to see these cities since I only see them in pictures and movies.  I want to go there for the simple reason that I want to see them.

“For my ultimate dream destination, I want to go to Jerusalem for a holy pilgrimage.  I chose this destination for historical and spiritual reasons.”

And that’s my friend Carol‘s (East) Asian Experience! 😀  Next month, I’ll finally reveal to you my last featured traveler for the first half of my blog project for this year!  And the best part is, we’re finally “going” to AFRICA!!!  So see you on Independence Day — the 12th of June.