“Traveling is one big, interactive, history lesson.  It opens my mind.  It removes biases and misconceptions against places and people.  And surprisingly, it also makes me appreciate my own country and people,” my featured traveler for this month said.

And since it’s October — my birthday month (ehem!) — what better way is there to celebrate it than talk about one of my loves: THE UNITED KINGDOM!!! =))

That’s why it’s truly a privilege to introduce to you this month’s featured traveler because she didn’t just “travel” around the U.K. — she actually experienced living the English life! *inggit*  So my dear readers, meet my friend (and fellow Lasallian!) Madel and read carefully…  because I guarantee you, this is “one big, interactive, history lesson” about the U.K. that you wouldn’t want to miss! 😉

As always, the first question I ask my featured travelers is about the time they first caught the travel bug.  And in Madel‘s case, this was how it went: “I started to appreciate traveling at a very young age.  Before my seventh birthday, my dad brought me (and my mom) to the U.S. where I really enjoyed myself.  We visited a lot of places that were very enjoyable to young children — Disney World, Universal Studios, and Sea World — to name a few.  So as a young girl, that experience gave me an idea that traveling brings you to wonderful, ‘magical’ places.

And “deepened” it did!  Madel has already been to at least 15 countries (including the Philippines).  “At around seven years old (1993), my parents and I traveled to the U.S.  My next trip was at the end of my first year in high school (2001) at Assumption, where I got to visit Japan as an exchange student and traveled alongside with seven other students and two teachers.  This trip was a special experience because I got to live with a Japanese host family and be fully immersed in the Japanese culture and traditions.  Exactly a year after this trip, we went to Europe (2002).  We joined a tour organized by Trafalgar Tours.  It started in London, England, and continued by bus to Belgium, Austria, Germany, Italy, Switzerland, and France.  We then ended our trip by visiting some of our relatives in the Netherlands.  In the summer of 2007, we visited Australia and passed by Singapore before going home.  From 2011 to 2012, I studied in the United Kingdom.  During my year abroad, I also traveled a bit, touring Spain and Portugal for a week.”

Even before Madel decided to pursue her graduate studies in the U.K., she already toured England (e.g. Stonehenge and Lake District) and Scotland (Edinburgh).  But when she finally became an official student at the University of York, that’s when she got the chance to visit more places in the U.K. with some of her friends: from England (Oxford, Sheffield, London, Bristol, Brighton, Leeds, and Manchester) to Wales (Cardiff)! 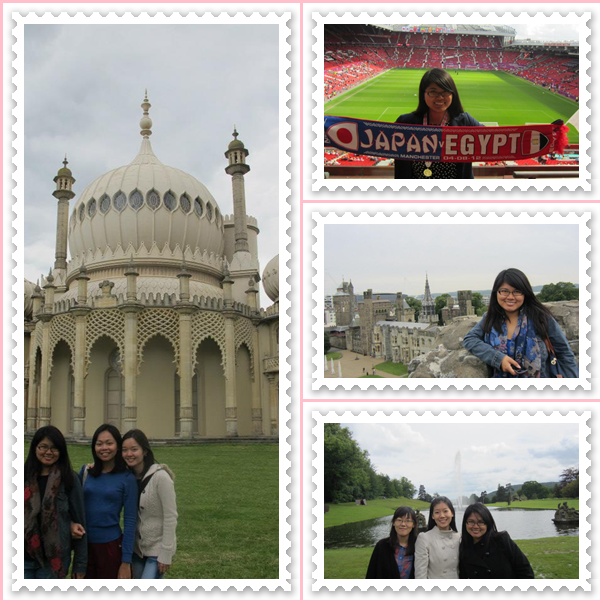 So what will Madel miss the most about the U.K.?  Well, here are some of them:

London
“It’s the place to be!  Honestly, I really wanted to study in the U.K. after seeing London in 2002.  It’s very beautiful and full of history.  Also, you’ll never be bored in London because there are so many palaces, parks, gardens, museums, and shopping places to go to.”

Left top to bottom- SHERLOCKed at 221B Baker Street; Right- Big Ben at the back

Top- Buckingham Palaca; Bottom- with the British Royal Family (at Madame Tussauds London that is! Haha!) 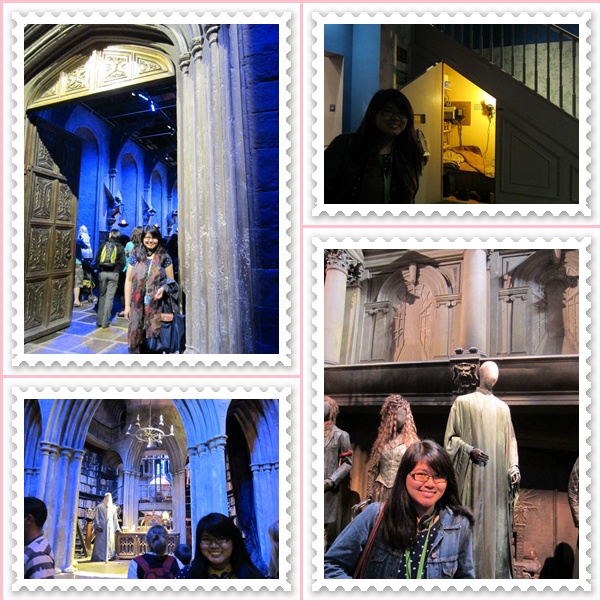 Yes, the same one from THAT movie! 😉

London 2012
“I was so lucky to have been in England during the Olympics.  I remember that I used to watch the Olympics not even dreaming that I’d be able to watch it ‘live’ someday because I knew it was impossible.  However, by some lucky twist of fate, I studied in England in the exact year the Olympics was in town.  Although I wasn’t able to watch the opening ceremonies live (that would’ve been a dream!), I did watch a semi-finals football game in the historic Old Trafford in Manchester.  Although the competing teams were from Egypt and Japan, my friends and I happily cheered on our chosen teams — with flags and banners to match.”

York
“This is the beautiful city where I lived in for one year.  It’s very scenic because of its medieval history.  There are walls surrounding the city.  There’s also a beautiful York Minster that’s the focal point of this city.  Unlike London, York’s still predominantly British.  And because of this, I had some first-hand experience of how it is to really live amongst the British.  What I discovered is that the British are very courteous and friendly.  People always say ‘Thank you!’ to bus drivers before leaving the bus.  Also, when you walk into any of York’s street shops, store keepers greet you and sometimes, even engage in a good conversation with you.  Also, the locals often call you ‘love’ (for example they’d say, ‘Hi, Love!’ or ‘Thanks, Love!’) — which I find very endearing.” 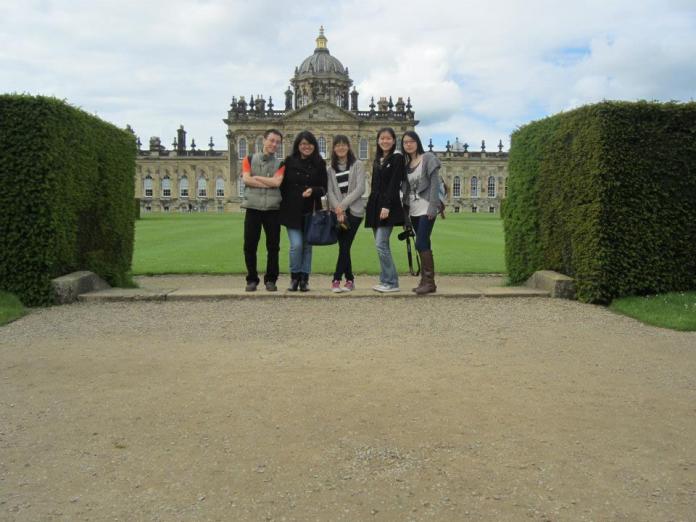 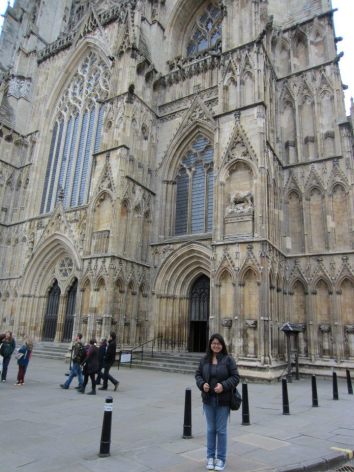 The University of York
“I feel really lucky to have studied here.  Originally, I hadn’t planned on going to this University.  But by some lucky twist of fate, I landed a spot here.  The University of York is amongst the top 10 Universities in the U.K. and top 100 in the world.  This is despite the fact that it has only been in existence for less than 50 years.  Recently, it has also received the top place in the ranking of the youngest universities in the U.K.  Our professors are also amongst the best scholars in the country.

“Our University’s also very modern and beautiful.  It has one of the biggest man-made lakes in Europe.  It’s also famous for its ducks and swans — which walk freely on the university grounds.  Truly, it was inspiring to study in a campus as excellent and beautiful as this!” 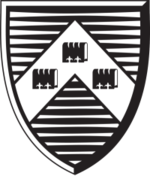 Sweets and Pastries
“England’s well-known for its sweets and pastries shops!  Inside you’ll find traditional candies like toffee and mints, as well as traditional pies, cookies, and cupcakes.  I love them because I have a sweet tooth.  But to be honest, some find these things too sweet.”

Now that you’ve learned a thing or two about the U.K. thanks to Madel‘s own personal experience, “what are her travel tips,” you may ask?  Well, she shared, “For people who are very interested in seeing the world, I suggest that you consider joining tours rather than going around a city on your own.  These are the reasons why:

“First, joining tours allows you to see many places in one go.  Our tour of Europe is the perfect example!  In as little as two weeks, we visited seven countries!  Although we had a strict schedule to follow, the tour brought us to all the key places with enough time to go around, take pictures, and buy souvenirs.

“Second, joining tours will save you a lot of time, headache, and even money.  I know that there’s a misconception that tours are very expensive.  But on the contrary, tour companies usually have more efficient ways of going around cities (using their buses).  They also have good arrangements with their partner hotels — which are usually the luxury hotels in the area (they probably get the rooms at a much cheaper rate because they buy in bulk).  Hence, you’ll not have to worry about hotel bookings, understanding public transportation, and not knowing how to speak the local language.

“Third, tours mean tour guides!  And honestly, nothing beats the knowledge of these locals!  Apart from knowing the history of their place by heart, they usually also have funny anecdotes and stories about the place or tourists who have visited the site.  This is one of the things which I enjoy the most.  It also makes me remember a place even more.  And last but not the least, joining tour groups gives you the chance to meet really nice people (of different nationalities).  They can even end up as your lifelong friends as you share many wonderful experiences and photos together!” 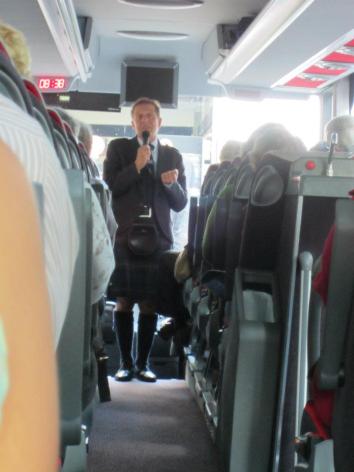 I actually agree on that!  I, personally, prefer booking tours for hassle-free travels!  Hahaha!  But enough about me…  after 15 countries, where does Madel plan to go to next?  “To be honest, my next dream destination would be somewhere in the Philippines.  I actually envy people who have seen so much of our country.  I’d love to go to the underground river in Palawan.  I’d love to have my picture taken beside the Chocolate Hills.  I’d also love to visit Batanes where life seems so simple and peaceful!  There’s so much to experience in our own country!  That’s what I plan to do this coming year.

“Although if there’s a place outside of the Philippines that I’m eyeing now, it’s China.  I’ve made many Chinese friends back in York and I’d love to visit them in their country.”

2 thoughts on “Traveler of The Month: Madel’s “U.K. Calling””