Since there are 20 plus countries in the Schengen area you can choose from to make that dream Euro trip of yours come to life, you have to choose and plan wisely! Parang love life lang ‘yan! Wahahahaha!

So first thing’s first! When it comes to applying for a Schengen visa, you need to determine the country where you’re staying the longest, so you’ll know which embassy to go to for your tourist visa. If they’re all equal (for example, three days in France, three days in Italy, and three days in Spain), you need to apply for a visa at the embassy of your point of entry (as in the first Schengen country in your itinerary and where your flight would land first!). So no, you can’t apply for a Schengen visa at any European embassy just because you heard it’s easier, faster, etc. there. 😛

In my case, I went to Central/Eastern Europe which included Austria, the Czech Republic, Germany, Hungary, and Slovakia. 😉 Munich, Germany was both my point of entry (even exit) and also where I stayed the longest, so it was really obvious that I had to apply at German Embassy Manila! Hahaha!

And if you happen to also decide that it’s Germany for you, here are the steps I did to acquire my visa for Schengener Staaten:

This can be done here, and it’s required because you need personal appearance at the Embassy to get your biometrics, etc. Don’t worry, it’s not as frightening as applying for a US visa wherein an American consul would be the one to really interview you and tell you right then and there if your visa’s approved or not! Hehe! (But don’t get me wrong, I love US Embassy Manila!!!) Anyway, in the case of German Embassy Manila, their Filipino staff would pre-screen your application requirements, capture your fingerprints, collect your visa fee, ask some clarifications, etc. They don’t bite, so relax!

But yes, this should be the first step, especially if it’s the peak season! My trip was in July 2017, and when I checked for slots in April 2017, the next available ones were in June 2017 already! Just imagine my shock! I knew I really should’ve checked for slots as early as February! Anyway, that’s a lesson learned on my part, so I already know better next time.

But yes again, I had my visa appointment exactly one month before my trip. I got my visa just a week after I applied, which was great! BUT!!! Remember that each embassy of each Schengen country has different sets of policies/terms/regulations/rules (I heard that it takes at least a month for a visa to be released at the Italian Embassy, and also just a week at the French Embassy), so it’s better to plan your travels accordingly.

The required documents are the following:

Just to be sure, I made photocopies of ALL of my documents. You can do this, too! Also, just a piece of advice. Even if you’re applying at the German Embassy, make sure that when it comes to your itinerary/hotel reservations, you include all the Schengen countries you’re traveling to. I made this mistake and just presented my hotel reservations for the ones in Germany, which required me to send my other hotel reservations for the Czech Republic, Hungary, and Austria via courier — it wasn’t really a big deal, except that it delayed my application a little bit due to “administrative processing,” not to mention it made me splurge a little more for courier fees! So learn from me, people, and DO IT RIGHT THE FIRST TIME! Haha!

For the complete list of forms for a Schengen visa at German Embassy Manila, you can go here.

THIRD, go to the Embassy on the day of your appointment.

It’s recommended to arrive 30 minutes before your appointment. The Embassy is located at :

Upon arriving at the RCBC lobby, there are different receptionists for each embassy in the building (yes, there are other embassies in that location!). Just inform them that you’re going to the German Embassy. They’ll give you a pass and when you arrive at the 25th floor (where the Embassy is), you need to present your printed appointment confirmation letter (which would be sent to you via e-mail), and leave all your electronics with the guard on duty (there are available lockers for storage).

Once you’re through with the required security checks, you’ll be given a number until it’s your turn to be called at the window. When at the window, submit your requirements, and just follow the instructions of the person on the other side. Hehe! This was also the part where you’ll…

The visa fee when I applied last June 2017 was 60 euros (for applicants older than 12 years). I paid it in cash (in Philippine pesos) at the window during my personal appearance/appointment.

FIFTH, wait for your visa to be processed.

As mentioned, I got my visa after a week! YAY!!!

SIXTH AND LAST (but definitely not the least), ENJOY YOUR DREAM EURO TRIP!

I went to Germany, the Czech Republic, Slovakia, Hungary, and Austria last July — and I’ve already posted my trip’s highlights HERE! I’ll write separate posts about each country SOON!! Until then!!! ❤

—
Have you tried applying for a Schengen visa in Manila or elsewhere? How was it?
Let me know what you think! 🙂

Time to take a break from all the #hugot posts you’ve seen and read on my blog! I’M BACK, FRIENDS!!! Back to my beloved Manila. Back to reality. Back to my travel-loving single self (MWAHAHAHAHAHA!). And most especially, back to my own kaloka and unapologetic blog writing style! That was evident in my posts from early 2012 and before! Love it, then thank you! Hate it, I. don’t. care! 😛

So what’s the topic for this one? If it wasn’t obvious enough, well, I’ll spell it out to you: E-U-R-O-P-E. Yes! Two years in a row! Even I was amazed at God’s provisions in my life despite the setback I’ve encountered later last year/earlier this year. After my UK-Ireland trip last year, I thought I’d be seeing Europe again in, say, five years? But no, obviously, God’s plans are always better and THIS TRIP was just another testament to that! I’m claiming, though, that my third Euro trip will already be my honeymoon! So future husband, you better be reading! I want to go to France and Italy for that! Don’t worry, I don’t expect it to be next year (but who knows?! haha). I won’t even expect it the following year. In that year though, I’m claiming that I’ll be in Panama for World Youth Day 2019! Maybe you can come along? Haha! 😉 After that, then I think I can start to think about settling down. “Start” being the operative word! Char!

Rambling aside (serious muna ulit!), I went to Central/Eastern Europe — the “heart” of Europe they say because this region used to be part of the Austro-Hungarian Empire. Not just a kingdom, but an EMPIRE!!! Did you know that the last “empire” remaining now is Japan? I went there, too, in June, and I’ve yet to write about it! Hehe! Anyway, this entry will serve as a “teaser” of what you can expect to read and see on this blog in the next few months. Since pictures paint a thousand words, I’ll let them do the “talking” for me for now until I can finally write separate blog entries for each country. In summary, I traveled with two of my sisters in a tour group to the following countries: Germany, the Czech Republic, Slovakia, Hungary, and Austria. 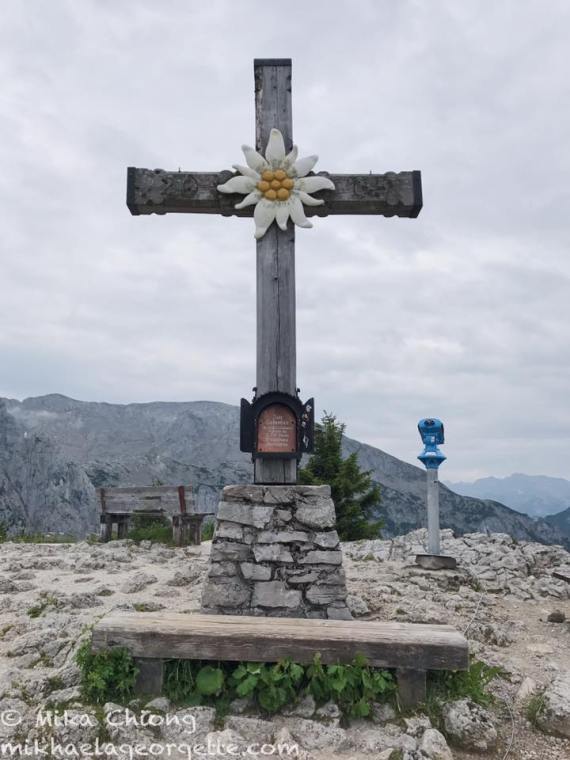 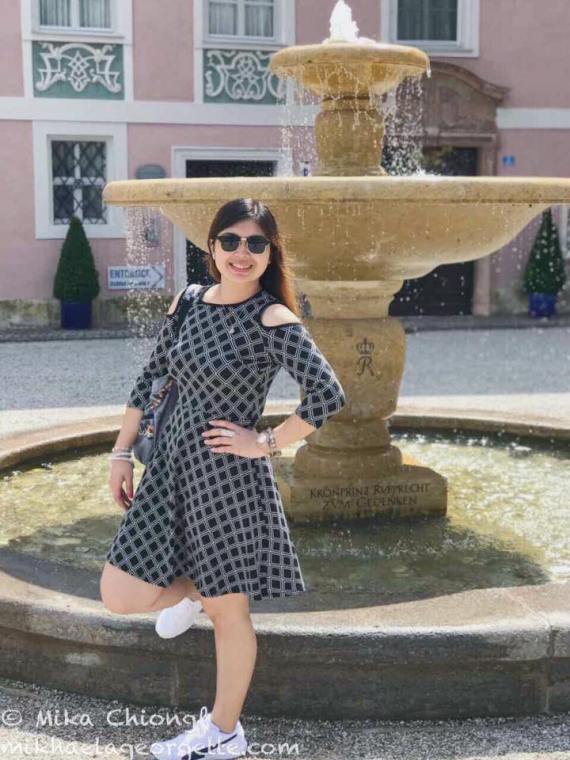 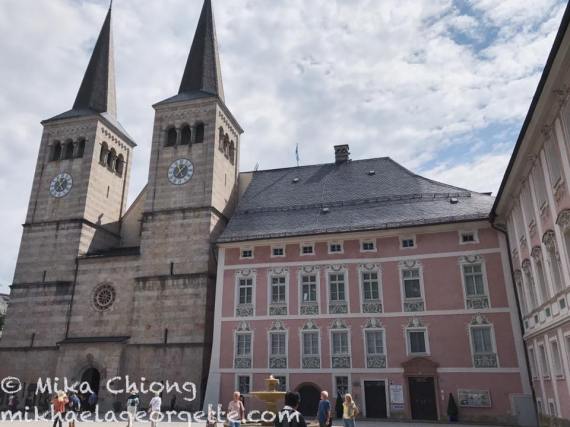 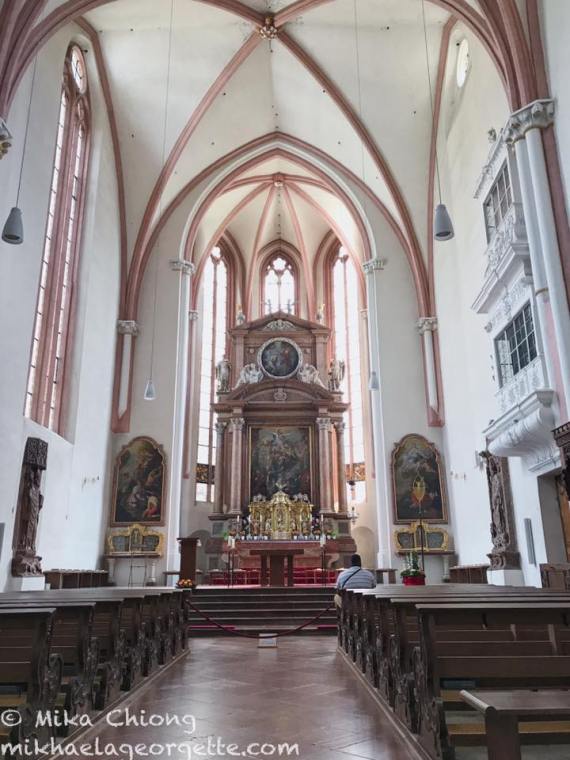 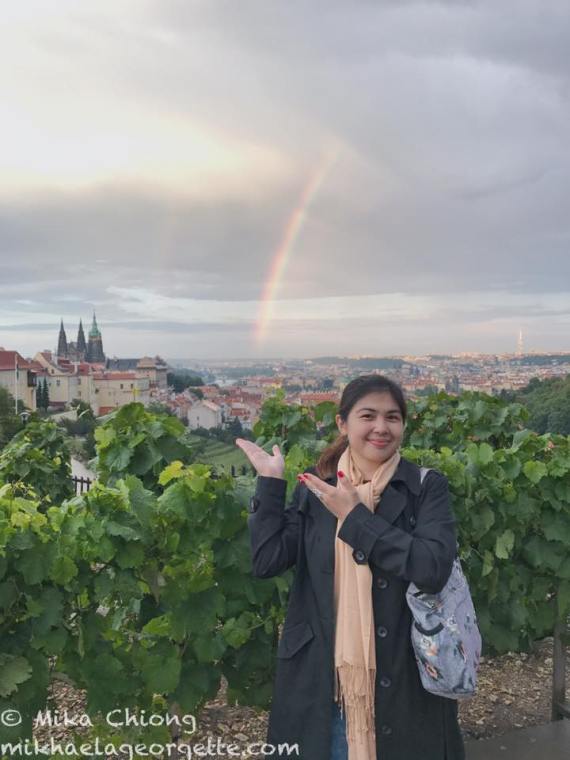 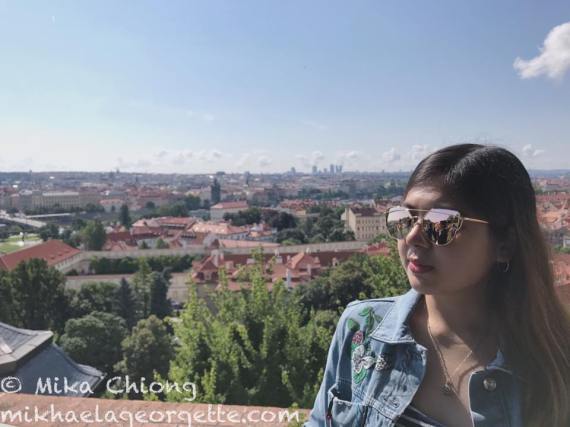 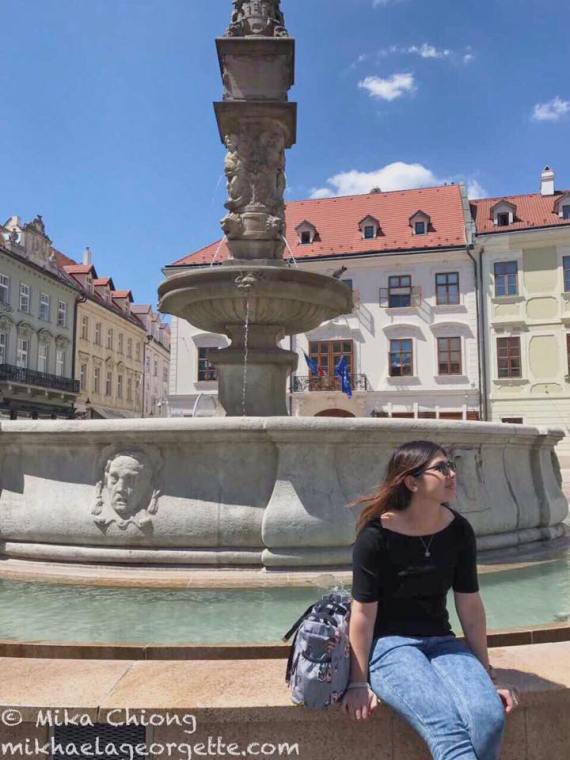 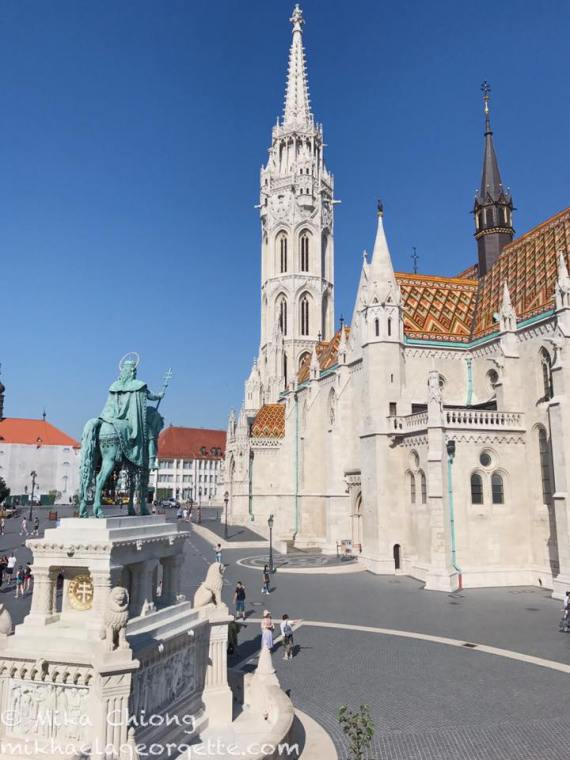 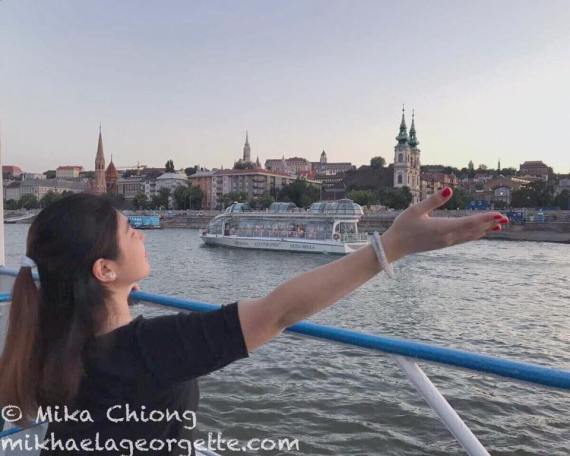 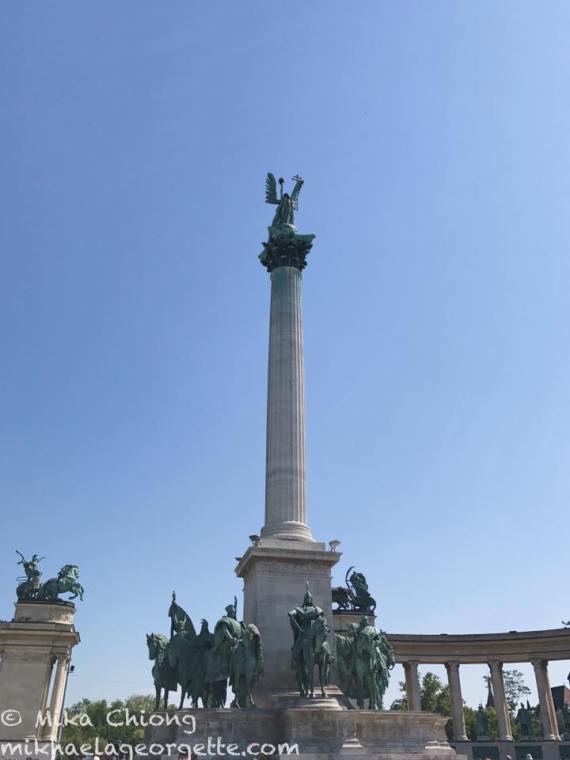 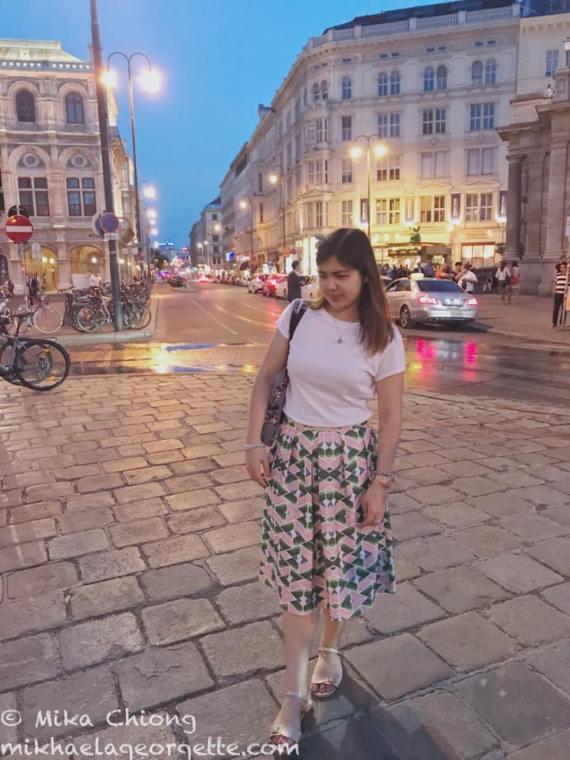 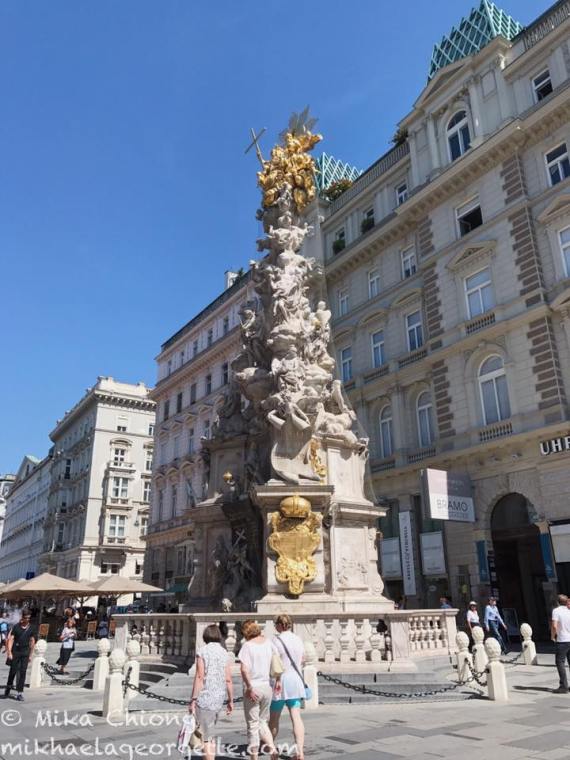 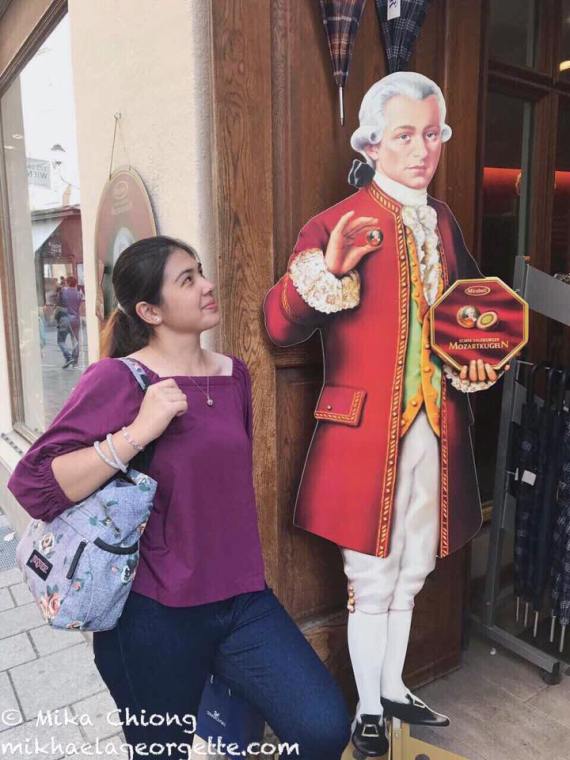 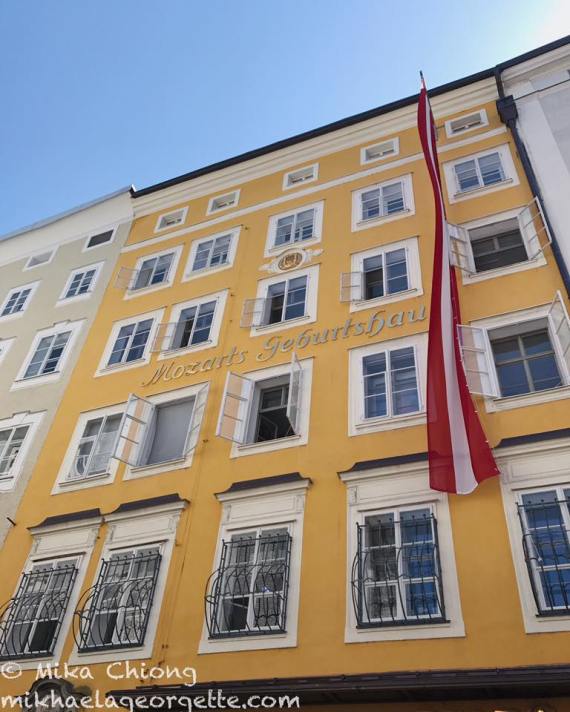 To be honest, my pictures don’t really do justice to the actual beauty of each place we visited. And that’s what I’ll try to capture through my words in the coming blog entries. Until then! ❤