Northern Europe. Scandinavia. The Nordic countries. These are just some of the terms people use to refer to one of the best governed regions in the European continent. Well, did you know that Sweden tops that list? 😉

Also one of the largest states in Europe, Sweden is such an interesting vacation destination because of the wonderful things one can do there despite the sagad sa buto coldness experienced all year round. There’s even an ice hotel in the place — which my featured traveler Angel has been to already! Lucky her!

Well lucky for us, she was willing to share with us her Swedish sojourn. But before all that, let’s get to know her first… travel-wise!

Angel in one of her travels. Can you guess where this is?

As someone who’s been to at least 16 countries SO FAR, it’s nice to know that Angel “earned” her travels — be it because of her hard work in school or her discipline in saving some of her allowance for an experience of a lifetime. She remembered, “Ever since we were little, my parents would always make an effort to take us out during school breaks just so our family can bond and spend quality time together. Since then, it has already been a habit for us to save up for these occasions.

“Actually, my mom’s the one who really loves to travel. Nothing in the world would make her happier than the mere idea of traveling. So you can already guess that I got it from her. Yep, we’ve got wanderlust! Even the sight of a travel magazine or a brochure could already get us giddy and excited! It’s funny because we easily get overwhelmed by the idea that we envision so many plans in mind in just a short span of time. But then again, there are so many factors to consider like school, finances, etc.

“At present, I’ve also learned to save up on my own so that I could pay for my trips abroad. Last year, I contributed for my airfare and pocket money to Thailand!”

As someone preparing for medical school, Angel sure knows how to make the most of her “free time” before her chosen field finally makes her one very busy bee. Of course, this includes TRAVELING. “I was around six years old during my first trip abroad. My family and I went to China to see the place and visit some relatives and family friends. I usually go with my family during these trips — the most remarkable ones being the trips to Bali, Beijing, Alaska, and California,” she shared. “However, there were also a couple of times wherein I’d go on my own or on a program with different people from the country,” Angel continued. “My first trip alone was to Paris, France. It was very memorable for me since I was able to prove to myself that I could do things on my own. I lived with a foster mom and stayed there for a week. I attended French classes in the morning and went around the city in the afternoon and evening. My trips to Japan, Canada, and Spain were all cultural exchange programs which I also enjoyed very much. It was because of those that I was able to create exceptional bonds with some of the most special people I know. The most recent one was my trip to Turkey and Greece.” 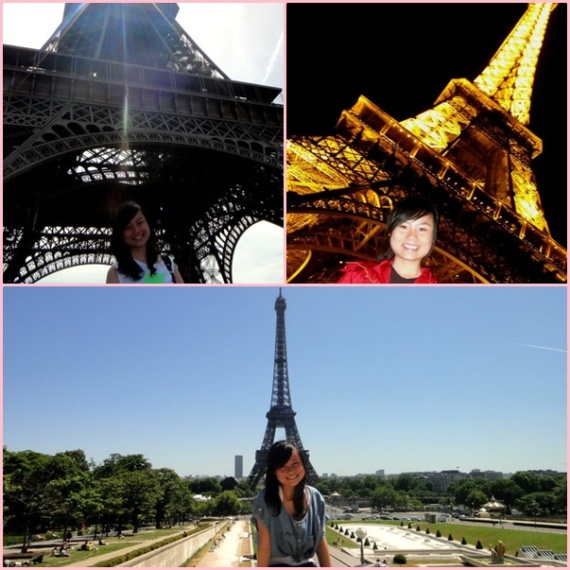 Angel’s first ever SOLO TRIP was in France! 🙂

But despite all the countries Angel has been to, why does Sweden stand out (at least for me)? Well, you’ll know. 😛 Angel shared, “I went to Sweden in April 2012 with some family friends. We went to Stockholm and Kiruna. In Stockholm, we visited the famous Vasa Museum, Gamla Stan, Royal Palace, Skansen Open Air Museum, among others. 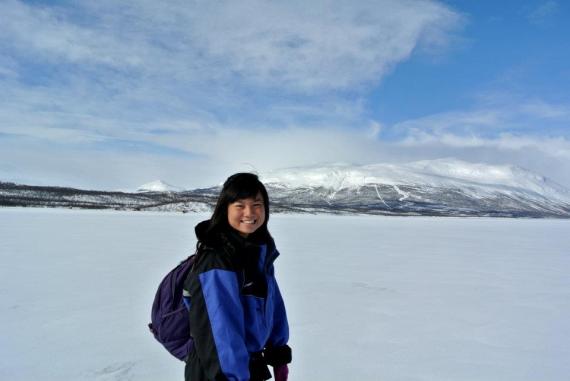 “In the Ice Hotel, we got the chance to choose one of the few art suites — each one is unique and has its own designer. The room my Tita Nora and I chose was the ‘Kraken’s Lair.’ My other tita and her husband got ‘Coffee Mudra.’ The architecture of the place was very fascinating. It had an ice bar, ice chapel, and ice hallrooms! At daytime, the place is like a museum and is open to people who pay the entrance fee. At around 5PM or so, it’s closed in preparation for guests who are staying overnight. There’s an orientation on how to sleep at -5°C! It wasn’t that bad because the outside was much colder (a negative something degree!). We all had a peaceful sleep after enjoying the place and were awaken by the hospitable staff with some hot jogiberry juice (which I really loved!).

COLD drinks on the house =)) 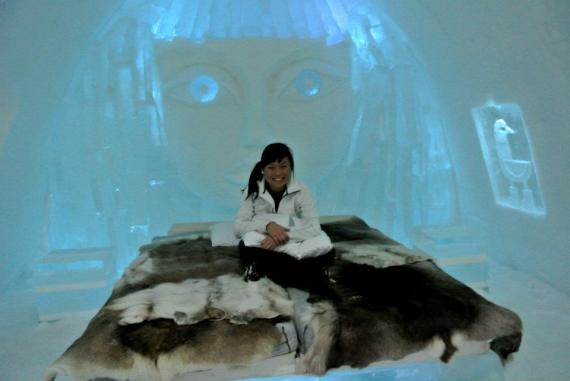 inside an Ice Hotel bedroom

The orientation on how to sleep at -5°C

“For the dog sledding experience, I had the chance to drive my own sleigh with a team of four Siberian huskies! We’d take turns, so we also had the chance to simply ride on a sleigh being pulled by a dozen of huskies. It was such a magnificent ride through the mountains. The dogs were all so obedient and smart. I’d sometimes hear their master say something in Swedish and they’d just all magically fall in one line or stop all at once to wait for the others behind us.

“For the food, we were able to try eating deer and moose meat for the first time in our lives! I’d have to say that it was one of the most delicious meals I’ve ever tried.”

See? That’s why Sweden stood out! 😉 On another note, when I asked Angel what’s next in her travel list, she couldn’t answer instantly. “That question has always been a dilemma for me and my mom,” she said. “I actually have a lot of places in mind but perhaps, the one that’s on top of my list right now would be Maldives. I’m in dire need of a serene paradise to get away from all the school stress! Haha, kidding! Next on my list would be Africa, Russia, Nepal, and South America.”

Of course, in order to be able to achieve this, one has to be knowledgeable about traveling. Angel‘s advice? “Save, save, save! You’ll never know where it’ll get you. And don’t forget to research well, so that you make the most out of every trip you take.”

So what exactly is TRAVELING for her? She answered, “Traveling for me is an eye opener and an avenue for new experiences, insights, and learning. Traveling has broadened my perspective in so many ways. As I go to new places, I realize that there’s always something new, something different that I have to see and experience. It makes me a wiser, more well-rounded and experienced person, which is why I know that my love for traveling will never die. Indeed, it’s true that traveling is the only thing you buy that makes you richer.” 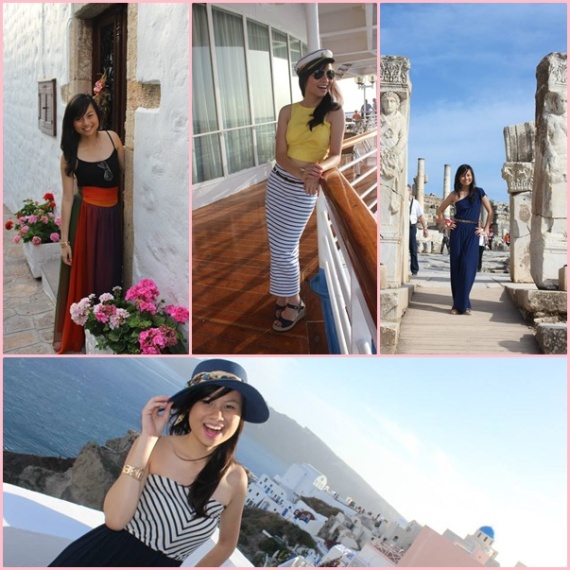 “…it’s true that traveling is the only thing you buy that makes you richer,” Angel said.

—
You can also check out my other featured travelers HERE.