“Technically, I’m single.  Emotionally, I’m taken because in my heart,
I’ll always be yours, even if you don’t know it.”

The hype is SO ON.  The week has finally arrived.  The wedding bells are about to ring.

So to all my fellow royal family fanatics out there, PLEASE STAND UP!!! 😀 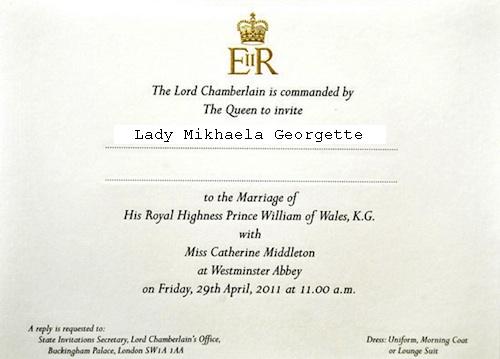 Look who got invited… in her dreams! haha!

Based on the  invitation you just saw above this very paragraph, I guess you already know where this is going. 😉  You see, I’ve been a huge addict/fan/follower of royal families, ESPECIALLY the British royal family, ever since I was a very young girl.  I can still remember the day the People’s Princess died.  I was seven years old, it was a Sunday, I just got home after my parents bought me a new pair of jeans from the mall, and upon sitting on our sofa, I heard the news straight from our TV.  Indeed, it was a VERY, VERY SAD AND TRAGIC event. 😥  But as the saying goes, “every dark cloud has a silver lining” — and I don’t know exactly how it started but from that day onwards, my silver lining is none other than William Arthus Philip Louis (Windsor) or more simply known as Prince William.  OR in my case, the of my very own childhood fairy tale who started it all! 😉

Just like any girl, I’ve had my own fair share of sheer lunacy where I imagined myself as a princess with my own kingdom and a handsome young prince to boot — Prince William!  My crush on him was so surreal that eventually, it was as if I developed a “crush” on the entire United Kingdom itself!  Just because of one prince, I developed this whole new interest in EVERYTHING U.K. — British men and their accents (ahem!), Harry Potter (haha!  admit it, I just can’t CAN’T include that!), their monarchy and parliamentary government, the pound sterling, the Union Jack, and whatnot.  As long as it’s related to the U.K., I buy it, I dream about it, and I talk about it!  The only thing left that keeps on getting postponed is for me to be able to experience ALL THAT firsthand!  But anyway, thank God I’m a very patient person and rest assured, you’ll see a blog entry once I finally have MY trip to the U.K.  Yeah, alright.  Definitely.

Going back to my childhood fairy tale, I’m happy to say thet I GREW UP (I think.  haha!).   First, I STILL admire Prince William but my crush on him sort of took the same direction as his hair (if you know what I mean! :D) 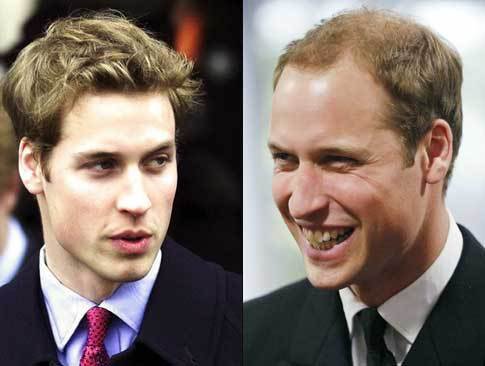 Prince William THEN and NOW

Next, I lay low on the whole U.K.-related world of mine — but of course, I get relapses from time to time.  heehee.  And most of all, I came to the realization that in this world, there always has to be ONLY ONE EXCEPTION who gets to turn her fairy tales into reality — and of course, we already all know who that is: 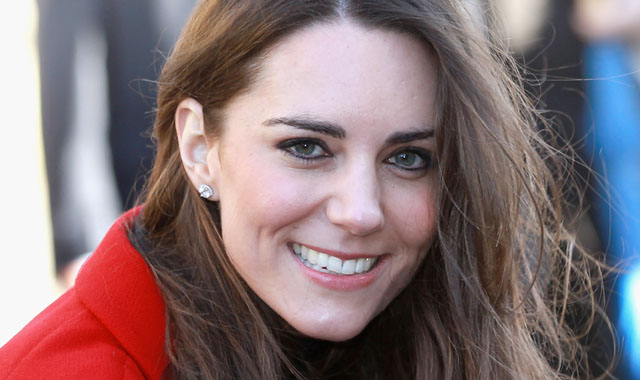 Kate Middleton or shall I say, (future) Princess Catherine of Wales

Yes, Catherine Elizabeth Middleton 🙂  For months, I bought every magazine, read and searched articles on the Internet, and watched every show that has something to do with her and Prince William — and surprisingly, I’m more drawn to the former!  But even before you accuse me of being bitter or jealous and worse, being a lesbo, hold your horses already! 😛  Because the truth is, she somehow turned into this woman I REALLY, REALLY look up to!  Anyway, I don’t want to make this any longer but I guarantee you that when I’m asked who my role model is, I have only two words to say: Kate Middleton or Princess Catherine 😉

SIGH.  There are still things about the Royal Wedding I really, really want to say and talk about that’s why it’s frustrating that I can’t exactly put into words how I feel.  But of course, I didn’t name this entry “The Art of Letting Go” for nothing.  It’s because as much as we cherish and relish our childhood fairy tales, we all know that someday, we have to face real life and eventually move on.  And yes, I’ve decided that this is my “someday.”  I’m finally closing the “Childhood Fairy Tale” chapter of my life — perfect timing, just in time for the Royal Wedding! 😛

So, having said this and that, I just want to say,

BEST WISHES TO PRINCE WILLIAM AND KATE MIDDLETON!!!
(and may they live happily ever after…)

As for me, it’s about time to write a new chapter (heck, why not even a “book”?) in my life filled with real-life stories!  And hopefully, I can also find a “commoner prince” along the way! 😉 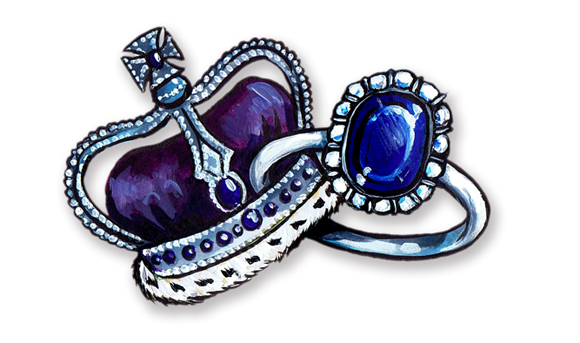 To my dear future fiancé, you may not be a real-life prince but I sure as hell want to be treated like a princess! On that note, don’t just give me any diamond ring. Instead, I want an “oval blue 18-carat sapphire and diamond ring” just like what you’re seeing right now! Then, you can proceed with reserving Westminster Abbey for our big day! That’s all, thank you very much. 😉

—
Disclaimer: I do not own the photos and the video.

It’s been years since the last time I rambled about love and I’m sorry but the hopeless romantic in me just can’t help it so here I go again.  FORTUNATELY, this time, the “focus” of this entry is not the same person anymore.  Oh, thank God! 😀

So, if you’re one of my friends on Facebook, you’ll notice that for the past weeks or so, my status updates are like a broken record — updated every minute/hour or so (thanks to my office computer!  haha!) with never-ending one-liners, ALL with the same message: .

OR SO I THINK.  Here’s the thing, I’m kind of unsure with the exact meaning of that word because if there’s one thing “history” taught me, it’s that it tends to repeat — and I’m in no mood whatsoever to go through love hell once again!

Many people ask me why I’m single.  Well, as @DamnItsTrue put it, “I’m single not because I don’t pray for love.  I’m single because I don’t play around with love.” Yeah, that or I guess you can also blame me for my “high standards” that most of the time, the guys that do pass those standards are even waaay out of my league already.  Heck, if you looked inside my uber-cheesy-and-mushy brain, you’d see Prince William‘s name on top of my “high standards” list!  Haha!

That’s why I’m a sucker for rom-com movies!  Speaking of which, have you seen Gerald Anderson and Sarah Geronimo‘s latest movie?  If you have, then you’d already know why I loved it sooo much!  I want a love story like that.  I said “like,” so being the President’s son is not necessary.  BUT being a gentleman, fearing God, having the ability to be suuuper sweet, loving selflessly, and whatnot ARE REQUIRED!  Most especially, don’t make me fall if you don’t plan to catch me!  Haha!  (oh, enough.  Just watch Catch Me… I’m in Love in theaters now!) 😛

But you see, going back to my “high standards” list, the good thing about me is that I know and accept the fact that I’m no Kate Middleton — but just like her, I want to end up with my own “prince” — though not literally. 😉  And that’s where “New Guy” comes in.  Excuse my mushiness but for me, he’s the perfect example of a “commoner prince,” as oxymoronic as that may sound.  I still can’t describe him in detail because like I said, I’m still confused.  Besides, @DamnItsTrue said (again!), “I know I love someone when I can’t put into words how they make me feel.” And that made me think… Hmm.  But know this — he’s the one who put “kilig” back in my vocabulary and you don’t know how good that feels after being on hiatus from loveland!  He made my dreams sweet again, my days brighter, and myself happier.  I even find myself smiling out of nowhere just by reading some of my students’ names — just because they have the same name!  Craaazy, right?  Haha!

But no, up to this point, I’m still denying that I’m in love.  Crush?  More.  Infatuation?  Maybe.  But love?  As long as “unrequited” doesn’t precede it, then I can say MAYBE too.  But overall, I’d say it’s just a state of mind.  However, I read somewhere to not underestimate states of mind; they’re why we do everything. 🙂  But still,  I want to say it one more time, love is a state of mind. 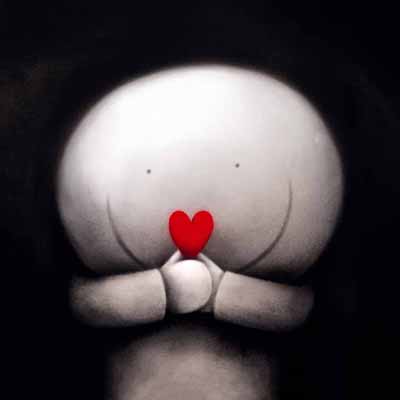 “I didn’t say ‘I Love You’ to hear it back… I said it to make sure you knew.”
–@DamnItsTrue (follow her on Twitter ’cause her tweets are just SOOO. DAMN. TRUE!!! :D)