In this post, allow me to wear my “guru” hat for a few minutes as I try to impart some of my so-called “millennial” wisdom on personal finance and traveling to none other than… my fellow FILIPINO MILLENNIALS, of course! Hahaha! Beware, though, this is going to be a WORDY one!!! 😛

But first, let me share why I decided to do this post in the first place. It’s not just because I want to teach (“guro” pala at hindi “guru” noh?! haha) fellow millennials that it’s totally possible to TRAVEL even if you have a 9-to-5 job, it’s also because — and forgive me if this may sound very off topic —it’s because I want to write something in remembrance of my green tartan scarf, which I lost while traveling! Huhu! 😥

It all started while walking the cobblestoned streets of Edinburgh, Scotland, my sisters and I were headed to the castle just a few walks away from our hotel, when we suddenly saw some stores that sold all kinds of tartan-printed stuff — including my scarf! In a gist, I fell in love with that scarf so much, I bought it and wore it everywhere from Scotland to Ireland: 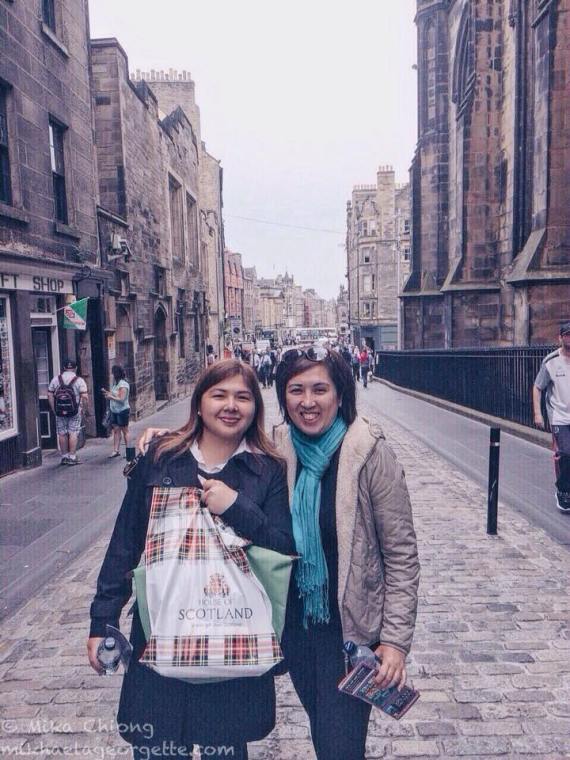 This is me with one of my sisters, and I was holding the “House of Scotland” plastic bag, which contained my scarf!!!

I wore it at Glencoe (the Scottish Highlands)…

I wore it at Dublin…

I wore it at Dublin, Ireland — which was where I lost it! To be exact, I lost my beloved scarf at Dublin Airport while undergoing security checks (I blame the X-ray machines!!! haha). I tried to inquire again with the airport staff manning those damn machines, but it was negative. They said they couldn’t locate my scarf. And just like that, 7 pounds (the GBP kind) went down the drain (if only we were talking about losing the LBS kind!). THE END. Well, almost. You’ll find out later! Hahaha! 😉

So yeah, I loved that scarf so much that I don’t want to forget about it, even if it’s just here on my blog. Mababaw na kung mababaw, but that scarf gave me the idea to write THIS. Why? Well simply because it made me remember the fictional “The Girl in the Green Scarf” personal finance columnist, which appeared in the movie, Confessions of a Shopaholic (starring Isla Fisher as Becky Bloomwood). O diba, konek-konek?! Mwahahahahaha!

[Disclaimer: I do not own this photo.] Becky Bloomwood (played by Isla Fisher), a.k.a. The Girl in the Green Scarf — she’s even wearing a tartan coat! #perfect

The Girl with the (Lost) Green Tartan Scarf… It could work! Okay, so my scarf wasn’t pure green (it’s tartan after all), but the base color was green, so bear with me! Wahahahaha!

Let’s start then. I specifically mentioned “Filipino Millennials” in the title because although the latter word’s a universal term (millennial = people born from 1982 to the late 1990’s? YOU TELL ME.), Filipino Millennials may slightly differ in some aspects.

First, the age when we enter the workforce. Filipino Millennials start working, at least the average, at age 19 (there are some exceptions, like me, since I graduated college at age 18). This is not to say that we’re forced to start working at an early age (though I’m not dismissing the fact that that may be the case for some). That’s just the way the Philippine school system works (or worked, at least pre-K12). In other countries, our counterparts probably start working at age 22 (on average). Also, “gap years” are not really our culture’s thing (even if we wish it were!).

Next, the “power” of our passports. Did you know that Filipinos can travel to only 61 countries visa-free? That alone makes a lot of difference because unlike our counterparts, say millennials from first-world countries, Filipino Millennials need to factor in visa fees and whatnot when traveling. (Fact: My visas to the UK and Ireland already cost me almost US$250 combined. Visas palang yun! So better be prepared, really.)

Another thing is although traveling is now more affordable to people of all walks (and ages) of life, Filipino Millennials travel because most of the people we know, especially fellow millennials, do it. It doesn’t necessarily need to be overseas, but just like the mobile phone, traveling is slowly becoming a “necessity” rather than a luxury. Never mind that we get broke sometimes because of traveling — which is what other Filipinos (those that belong to an older generation, a.k.a. our parents, older siblings, etc.) don’t really approve of. Hahaha! I’m pretty sure our counterparts (and their parents, etc.) have been planning gap years and travels for generations, that going to one continent to another isn’t such a big deal anymore. In the Philippines, if you get to travel outside Asia, that’s somewhat a big deal already. Even being approved for a visa is a big deal in itself! Hehehe!

But you see, I’m here to tell you that Filipino Millennials CAN travel. However, we have to change the way we think of travel as an “investment” comparable to stocks and whatnot. Sure, traveling is an investment in the sense that it helps the traveler grow emotionally and mentally, to some extent even physically (haha) and spiritually. But financially? Honestly, NO is the answer most of the time. I’m a millennial myself (T. Swift and I share the same birth year), and though there’s a point in time when it’s okay to “lose money” because we don’t have that many responsibilities yet or because we know our parents/guardians got our backs, it’s also time to grow up and be realistic. If you’re a Filipino Millennial in your mid-twenties and above, admit that it’s not okay to “lose money” over travel anymore (especially if you don’t share T. Swift‘s bank account).

So how exactly can Filipino Millennials still go on a travel spree without going broke? Well…

Once you’ve got that all covered, especially the SAVINGS and INVESTMENTS parts, you can easily go on a travel spree guilt free! I’m proud to say that all my personal travels since 2012 (with the exception of the UK&I, which I was lucky enough to fund only 50% — still, I paid, which is the most expensive but most worth it, too, so far), I paid for with my own hard-earned money (from airfare to hotel to pocket money and all that jazz). I’m not bragging or anything, I’m just saying that it’s possible for a Filipino Millennial who has a 9-to-5 job with limited annual leaves to still travel more frequently without going completely broke and still not using those LWOPs (leaves without pay). If I did it, YOU CAN TOO!!!

After all, we may be dealt with different cards in life, but you can always make the most out of them if you educate yourself. If you think that you can’t travel as often as your friends do, then don’t. If they’re your true friends, they won’t judge you for not traveling that much. But yes, still TRAVEL, no matter how short the distance is from home. Tagaytay up to sawa is your thing? Why not?! 😉

AND make sure that when you travel, you don’t lose anything irreplaceable (like yourself and more important relationships back home! haha). You may lose as many green tartan scarves as you can (I replaced mine with a Slytherin scarf when I went to the Harry Potter studio simply because Slytherin = green. Pero maka-Gryffindor talaga ako! Wahahahaha!), but make sure you don’t “lose money” for the sake of traveling #ATM (at the moment). You WILL need that for the future. And us MILLENNIALS? Our futures may be as bright as the sun, but let’s admit it, we all still have a looong waaay to gooo! 😀 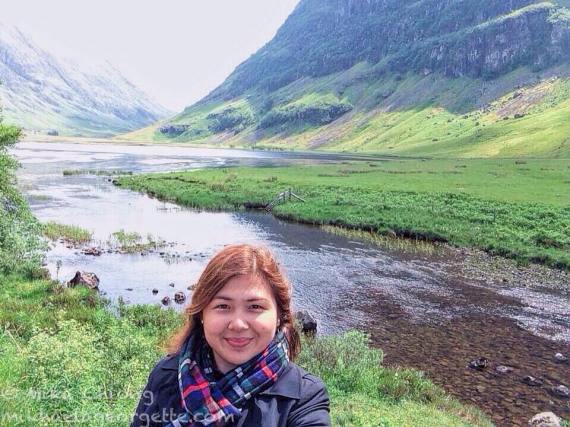 —
Do you have other tips on how millennials can travel guilt free?
Let me know! 🙂