One of the things I love about the Christmas Season is none other than the different PLANNERS offered by most establishments here in the Philippines!!! 😛  Mapa-bakeshop, bookstore, coffee shop, clothing store, kahit nga yata si manang sa suking tindahan…  halos lahat may offered na na planner tuwing sasapit ang Pasko!  Tama ba?  Hahaha!

Anyway, I’ve been really planning on making a post about planners (now that’s a lot of “plan” in one sentence!)  since last week but luckily, SPOT.ph made this “job” easier for me! 😉  This week, they’ve rounded up a list of the Top 25 Planners of 2012.  You can check it out here.

But I think the more important point here is…  WHY THE HECK DO I NEED not just one, not just two, but THREE FREAKIN’ PLANNERS , you may ask?!  Okay, let me defend myself. 😀

First, I’m very O.C.  And not just any O.C.  As in the serious kind of O.C.  Some of you may be shocked to know this, but I actually have O.C.D. or Obsessive Compulsive Disorder!  Oo, yung “disorder” kind.  But no biggie.  I’ve been living with my O.C.D. self for more than a decade now (I started showing symptoms when I was in fifth grade) and I’ve learned how to “manage” my life with it.  Yun nga lang, sometimes it can be really tiring…  time-consuming…  and yes, sometimes it requires THREE PLANNERS!  Wahahahaha! 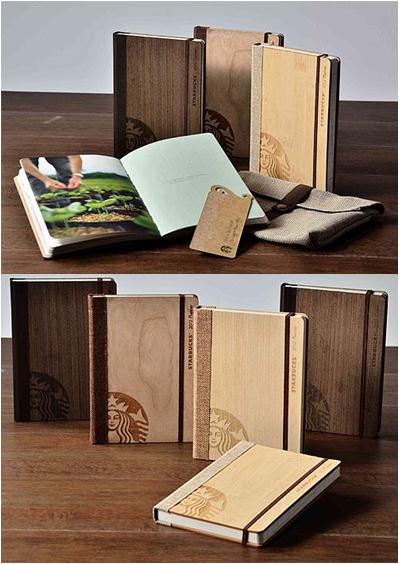 I just got mine (in bamboo) last week, and that’s actually my seventh Starbucks planner.  Ever since I had my hands on my very first Starbucks planner, wala pang taon akong na–skiskip!  So yeah, blame it on “tradition” kuno!  Hehe.  But seriously, if you’re a coffee drinker anyway (who just happens to choose Starbucks), then spending moolah shouldn’t really be an issue.

So for those complaining about how pricey these planners cost…  kayo ah!  Tsk, tsk, tsk.  Obviously, you’re just going to Starbucks just. so. you. can. get. the. planner. 😐  Puh-lease.  I don’t mean to sound rude or anything, but I’ve been drinking Starbucks ever since I was in sixth grade.  Hence, may planner man o wala, nag-staStarbucks talaga ako.  Kaya kung nagrereklamo kayo, edi ‘wag niyong buuin yung stickers!  Ganun lang kasimple!  Case closed.  Tapos! 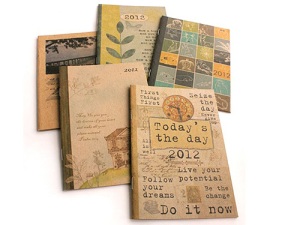 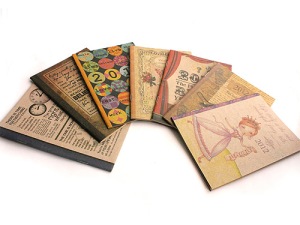 I just started using Papemelroti’s handy-dandy planner this year (2011), but I’m still not sure whether or not I’m going to buy one for next year!  But c’mon, at P19.75 each + its adorable designs + convenience (it doesn’t take too much space inside my bag!) — and not to mention that it’s eco-friendly since it’s made of recycled paper, THIS IS DEFINITELY A STEAL!  Okay, fine.  I’m getting the princess-y one!  Heehee. 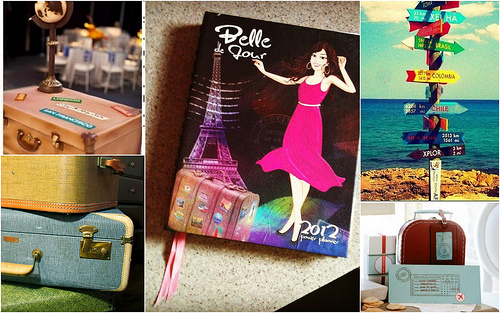 2012 will be my first year to use a Belle du Jour (BDJ) planner, and the only thing that made up my mind is next year’s theme: TRAVEL!  As you can see on the picture…  Oh it’s travel-inspired, alright! ♥  PLUS it doesn’t hurt that it has tons and tons of coupons that can score me discounts ALL YEAR ROUND!  ‘Nuff said.

So…  Starbucks planner? CHECK!  But you see, my Starbucks planner is my “home planner” — meaning, it always stays at home.  I don’t know.  Maybe because I write more personal stuff in it?  Harharhar.  Now it’s just down to what gets to be my “bag planner.”  Papemelroti’s or BDJ’s?  I need mooore convincing.

—
How about you?  What’s going to be your 2012 planner?
Sound off in the comments section below!