As mentioned in my previous post, here it is!  My own separate blog entry about Hottie from A Faraway Land #4 AND the “Apple” of my eye these days: Reed Paul Smith Powell Jobs or simply Reed. 😀

Oh I don’t know!  I don’t really have a particular “goal” with this post…  What I DO know is I just want to GUSH about Reed!  After all, this is my personal blog = my personal space to write anything and everything I want — including my crazy antics and lovelorn moments!  Chos!  Hahaha!

Forgive me if this seems like a “crazy” post.  Heehee.  Honestly, I’m not EXACTLY sure when and why my “interest” in the “Prince of APPLE” has started, but thanks to my  “research” skills, here are some fun facts about him:

He’s the only son of the late Steve Jobs (Reed has one older half-sister and two younger sisters).

He attended Crystal Springs Uplands School.  Check out this video.

He currently attends Stanford University.  AND he’s part of the Fencing Team!  Astig!!!

He wants to be an Oncologist :)— and find a cure for the disease that took his father’s life. 😐

He was born in September 1991.  Therefore, he’s TWO YEARS younger than me.  Kaloka lang!

He lives in Palo Alto, California…

…and I live in Manila, Philippines!
Haaay.  So much for dreaming!!! 😦

As Marie Digby put it, “it’s in the stars that girls like ME and boys like HIM were never meant to be.”

If you still haven’t gotten a copy of THIS, then I suggest you grab one NOW!
(Or at least RESERVE a copy because the last time I checked, it’s already SOLD-OUT!) 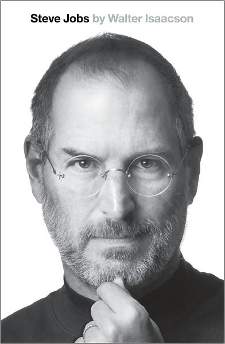 ‎”I’m going to be in meetings 24/7 for probably two days and I want you to be in every single one because you’ll learn more in those two days than you would in two years at business school,” he told him.  “You’re going to be in the room with the best people in the world making really tough decisions and get to see how the sausage is made.” –Steve Jobs to his son Reed ♥